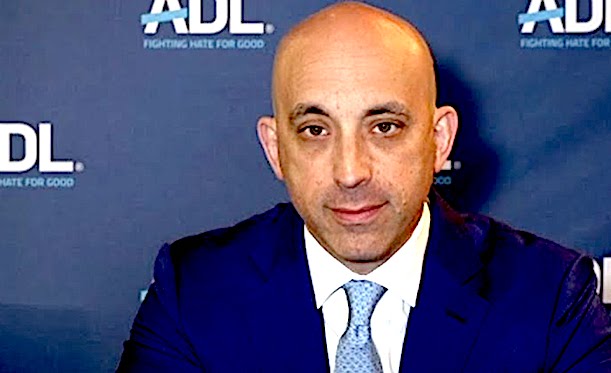 Left-wing activist groups are promoting a campaign called “Drop the ADL” in a bid to get progressive institutions to cut ties with the Jewish supremacist and pro-Zionist organization:

“Even though the ADL is integrated into community work on a range of issues, it has a history and ongoing pattern of attacking social justice movements led by communities of color, queer people, immigrants, Muslims, Arabs, and other marginalized groups, while aligning itself with police, right-wing leaders, perpetrators of state violence,” the groups wrote in an open letter. “More disturbing, it has often conducted those attacks under the banner of “civil rights.”

The letter has more than 100 signatories, including the Movement for Black Lives, the Council on American-Islamic Relations, Jewish Voice for Peace and Jews for Racial and Economic Justice.

The campaign also includes a document that criticizes the ADL for its support for Israel and lays out evidence of what it describes as its “ongoing legacy of supporting racist policing, surveillance, colonialism, and the silencing of social justice activism.”

The ADL said they were unconcerned about the campaign.

“These are many of the same groups who have been pushing an anti-Israel agenda for years,” a spokesperson said. “It says more about them than about us that at this moment of great unity around equal justice for all, they would launch this effort against one of the largest and oldest Jewish organizations in America. They will do nothing to stop the important work we do every single day, in close partnership with many prominent civil rights groups, to stop the defamation of the Jewish people, and to secure justice and fair treatment to all.“

The ADL also published a lengthy statement to its website on Wednesday responding to many of the campaign’s claims.

This is not the first time progressive groups have sought to pressure organizations to disaffiliate with the ADL. In 2018, activists including the then-leaders of the Women’s March lobbied Starbucks to remove the ADL its role helping to formulate its employee anti-bias training.

The ADL was founded for the specific purpose of defending Leo Frank, a Jew who raped and murdered Mary Fagen, a young White girl employed in his factory — and then attempted to blame his heinous crime on a mentally retarded Black janitor.

This is worth mentioning because this Jewsish modus operandi hasn’t changed: they are still trying to deflect responsibility for the ongoing destruction of White Christian America on everyone but themselves.

Any attempt at bringing to light the abuses of Jewish power is robotically dismissed by the ADL as yet another ‘antisemitic canard‘.

This boycott of the ADL is a symptom of an emerging rift in the American Left, which has traditionally been dominated by Jewish power and money.

Jews are literally starting to complain that they are being ‘purged’ and ‘replaced’ by ‘radical’ people of color — a Golem of their own creation — their political Frankenstein that is now turning on their creators.

Ironically, Jonathan Greenblatt has moved the ADL far more to the radical Left than his predecessor, Abe Foxman, and the Left still sees the Jews at the ADL as ‘white supremacists.”

When White people have complained about being replaced, Greenblatt scoffs that this idea as another ‘conspiracy theory’, but when it starts happening to Jews, it’s not just another example of Jewish ‘paranoia’.

How much longer will Jews be able to keep ‘people of color’ — their choice weapons of mass destruction of White nations — firmly under their boot heel?