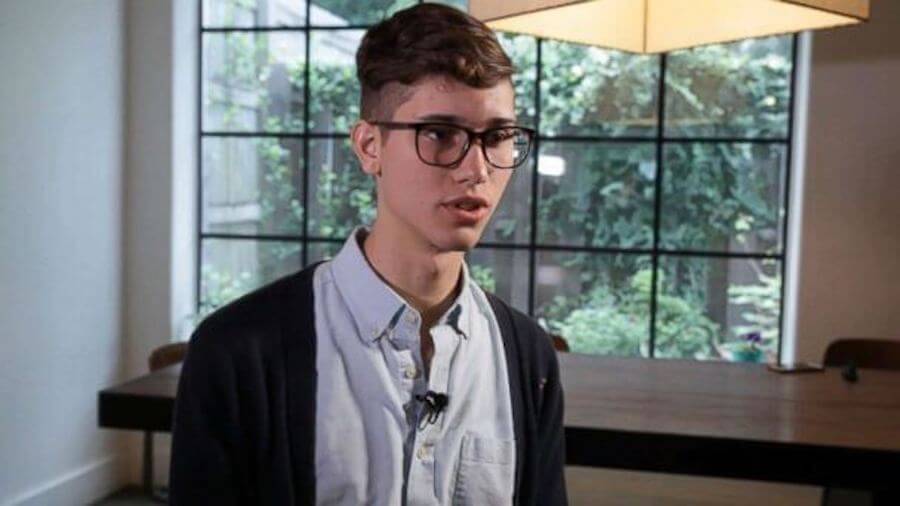 Here’s a report which underlines how liberalism is literally undermining the Christian family;

A student who says he was forced to leave his family home because of his sexual orientation — threatening his chances of attending his dream school Georgetown University in the fall — will be heading to Washington, D.C., to become a Hoya after all.

On Friday, Seth Owen of Jacksonville, Florida, updated supporters on the situation via a GoFundMe page and thanked them for helping him reach his goal.

“The professionals at the Office of Student Financial Services have continued to work with me to make my dream a reality,” he said in a statement. “Due to their efforts and attention, they were able to adjust my aid package even further, my expected contribution is now $0.”

Owen said the financial services office had helped him to enroll in the school’s scholarship program, which also includes mentoring and networking opportunities.

According to Jane Martin, Owen’s former teacher and friend, Owen, who is gay, had endured conversion therapy and then been given an ultimatum by his devout Christian family: “to attend the church that outwardly attacked him and his sexual orientation or he would need to leave home.”

In February, according to Martin, Owen left the home and was taken in by friends.

Martin said the financial aid package that Georgetown had offered him was based on parental support. Without help from his parents, Martin said, Owen faced a $20,000 bill for his first year of schooling.

This story accomplishes two goals of liberalism: it promotes homosexual deviance, and it demonizes Christian families who actually try to help homosexuals overcome their developmental and emotional problems through legitimate therapy that has a track record of success.

Many states, in fact, have passed laws to make it illegal to subject homosexuals to any kind of psycho-therapy that attempts to “cure” them of their mental problems.

Instead, society reinforces this aberrant behavior by awarding gays, like Owens, scholarships to elite universities like Georgetown, which, ironically used to be a conservative “Catholic” institution.