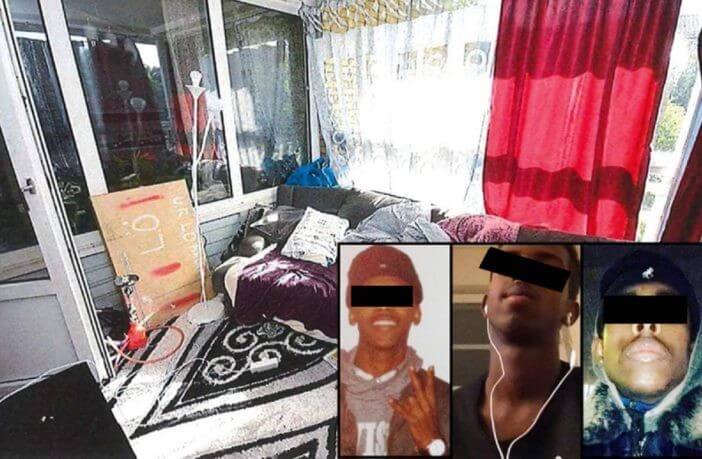 Swedish courts are again making a mockery of Western “justice” by sentencing “Somali youth” to a mere four months of juvenile detention after the bloody gang rape of a 13 year old Swedish girl:

But now the court of appeals chooses to nearly halve their punishment – from eight months to four and five months of youth detention. A fourth rapist can not be punished because he is said to be a child.

On 14 June 2017 a 13-year-old girl was raped in a flat in Västerås. The three Somalis, reportedly born in 2000, were each sentenced in April for rape against a child to eight months of youth detention.

The judgement was appealed and the prosecutor demanded the perpetrator be punished.

Instead, Svea Hovrätt has chosen to severely lower their penalty, and furthermore, release one of the Somalis from the charge of child pornography, as it is unclear from the video if the girl has completed puberty.

This is clearly just a “cultural misunderstanding”.

In Somalia, making videos of gang rapes is a national pastime, and because the Swedes did not specifically tell them that this wasn’t acceptable in Sweden when they arrived, it wouldn’t be fair to punish them too harshly.

After all, if the Swedish courts actually meted out just punishments to these invaders, the real Swedes would start getting a sense that maybe this experiment in “diversity” isn’t exactly going as planned.