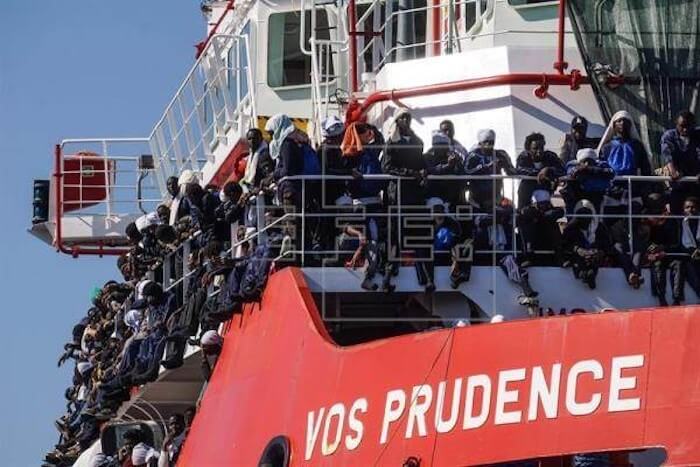 “The Alternative for Germany (AfD) has filed criminal charges against seven German NGO’s for human trafficking — including Doctors Without Borders.

The groups being charged are Against SOS Mediterranee, Sea-Watch, Doctors without Borders Germany, Save The Children Germany, Jugend Rettet (all Berlin), Mission Lifeline (Dresden) and Sea-Eye (Regensburg).

The controversial NGOs have come under scrutiny lately for their efforts picking up illegal immigrants off the coast of Libya under the pretense they are “being rescued from drowning” and bringing them to Europe.

The Italian government recently announced that they are closing their ports to these “humanitarian” ships in an effort to stop the illegal migration. Malta has since impounded multiple Sea-Watch vessels that are sponsored by the Lutheran Church in Germany using taxpayer funds.”

Doctors Without Borders is a communist front group that – under the guise of “humanitarian” aid – helps breakdown national sovereignty around the world.

They use pictures of bloated Black babies with flies around their eyes to extort millions out of guilt-ridden Whites to promote Socialism through medicine. Now we find out that they are aiding and abetting the Black invasion of Europe.