Soros to Extort 30 Billion from EU for Africa 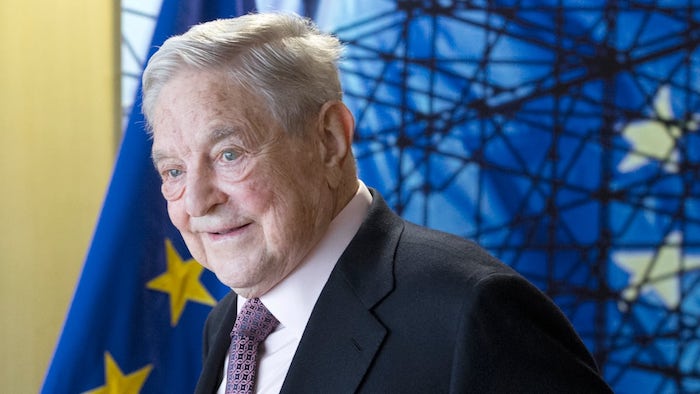 “Left-wing Hungarian-American billionaire George Soros has called on European Union member states to give €30 billion to Africa annually for several years to curb the flow of migrants which he now claims could bring down the political bloc.”

“Mr. Soros, who in 2015 pushed for mass migration remarking in an interview that “our plan treats the protection of refugees as the objective and national borders as the obstacle”, now wants the EU to pay billions to Africa to prevent mass migration, Kronen Zeitung reports.”

Comment:
Soros spends millions through his “Open Society” NGO to flood Europe with non-whites, and then he turns around and basically threatens the EU to give Africa tens of billions to preserve the EU from further migrants. No amount of money thrown at Africa will solve this problem. In fact, giving any money to Africa will only exacerbate the problem as it will enable Africans to breed uncontrollably for years–which will result in mass starvation–and new waves of migrants trying to flood into the EU.

Despite decades of “aid” and “humanitarian relief” to this backward, third-world country, Somalia is just as dysfunctional today as ever before. So what do we see happening now? Somalians are flooding into Europe, America, and other Western countries as “refugees” – all the while producing the same levels of dysfunction.