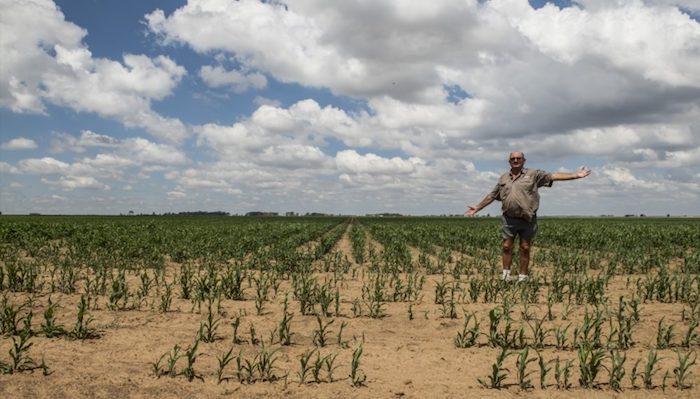 A leaked email from South Africa’s Nedbank caused a stir this week when it revealed that the bank fully expected Whites to repay the mortgages on their farms even after Blacks have stolen them without compensation:

Nedbank angered many customers this week by wading into the debate on land expropriation without compensation.

The controversial email served to inform property owners of personal liability issues relating to land expropriation. While many skeptical customers took to social media in order to question the authenticity of said notice – Nedbank has now confirmed that the email is legitimate and binding.

Property owners were caught off-guard, as major banks have remained rather mum on the issue of land expropriation. Most financial intuitions have stuck to the ‘it’s business as usual’ rhetoric in an attempt to subdue a prevailing sense of uneasiness.

According to The Citizen, Kedibonea Molopyane, Head Group Media Relations at Nedbank, has confirmed the legitimacy of the provocative email, which states:

“It is important to note the Home Loan agreement is subject to a contractual agreement, and bond payments remain due and payable until such time that the bond is paid in full irrespective of any form of land expropriation – with or without compensation. We would encourage you to continue with the bond payments until such time a determination is made.”

In laymen’s terms, this means that if you signed on the dotted line, you’ll be forced to cough up cash until the full amount is paid off, regardless of whether your land or property is expropriated.

It’s a bombshell announcement from one of South Africa’s big banks, with far-reaching repercussions, which look to add further fuel to the fiery debate on land redistribution.

This sounds like a scene right out of Shakespeare’s “Merchant of Venice,” where the Jew Shylock, demands his pound of flesh for an unpaid loan.  The uncompromising demand from the jewish moneylenders for their “vig” regardless of circumstances is exactly the behavior that has gotten them kicked out of over 100 countries throughout European history.  Jews always claim they’ve been kicked out because of “antisemitism”, but “antisemitism” wouldn’t exist to the same degree without the draconian usury that Jews always engage in.

If we lived in a reasonable world, the Nedbank’s email would have said, “If the Blacks expropriate any land on which we hold a mortgage, the new Black owners will assume all financial responsibility for the outstanding loan.”  But because the jewish bankers know that the Blacks will never pay back the loans, they are going to adhere to the letter of the law and hold the new homeless Whites responsible for those loans.  Now we can understand why in Dante’s “Inferno” usurers occupied the same ring of Hell as homosexuals.