South Africa Has Highest Per Capita Number of Black Rapists, Murderers, and Psychopaths 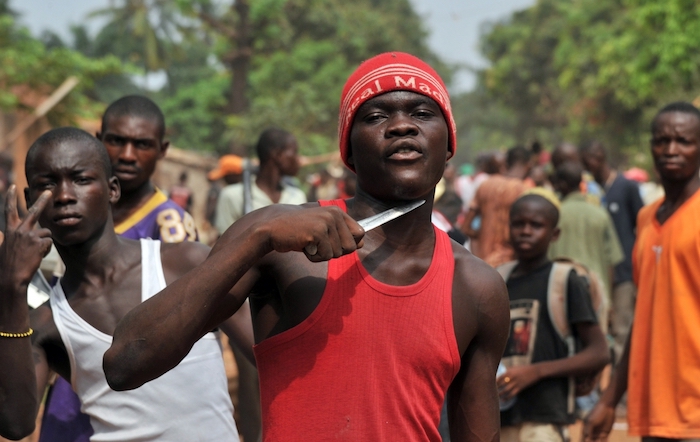 An investigation of child kidnapping and trafficking in South Africa has revealed that, per capita, it has more criminal psychopaths than any other country:

While much focus has been placed on suspected human and child trafficking carrying people across the border, experts believe murder and crimes of a sexual nature pose a far more imminent threat.

“In our experience, child trafficking in South Africa is largely due to the demand for body parts and organs for the muti trade, used by certain traditional healers,” says Kyle Condon, Managing Director of D&K Management Consultants. “We have also seen a massive surge of kidnapping for ransom.”

Condon confirms his belief that, per capita, the country faces the highest rate of rapists, murderers and psychopaths across the world.

“Sadly, many of the cases we see relate to children who are being raised in informal settlements or very poor areas. These children are often seen as a soft target, with perpetrators knowing that there will be little to no media coverage.

These cases are often (grossly) seen as a ‘squatter camp problem’. This is a mindset that must change if any progress is to be made in combatting these types of crimes,” states Condon.

Parents are hard-pressed to raise their children with confidence and strength, while also attempting to keep them safe from the many risks that abound in Africa. The key is to maintain accurate information about where children are, who they’re with and the level of security at their schools or daycare centers.

“Children raised in informal settlements are often sent on errands for their parents or caregivers, and this lack of supervision provides the perfect opportunity for criminals to strike,” he adds.

Maintaining your child’s safety involves total vigilance and embracing the spirit of Ubuntu.

Based on strictly White standards of normal behavior and development, most Blacks would be diagnosed as psychopathic, so these findings aren’t particularly shocking.  A significant part of the make up of a psychopath is not having any sense of morality, and Blacks, by White standards, do not seem to have an innate sense of right and wrong — they must be taught these concepts, and they follow them only under a strict system of reward and punishment created by the White man.  And without that enforcement, left to their own devices, all Blacks will quickly back slide into moral chaos.

That Blacks are kidnapping and killing their own children for body parts to give to witch doctors is obvious proof that Blacks are not operating with the same spiritual sense that Whites seem to be born with.  Whites must overcome this innate morality for them to misbehave, whereas Blacks are born with moral blank slates — and the only thing that will stop them is fear of punishment or some material reward.  Whites clearly need to stop projecting their own morality onto Blacks — it’s not in them, and it’s unreasonable to expect them to live like Whites.