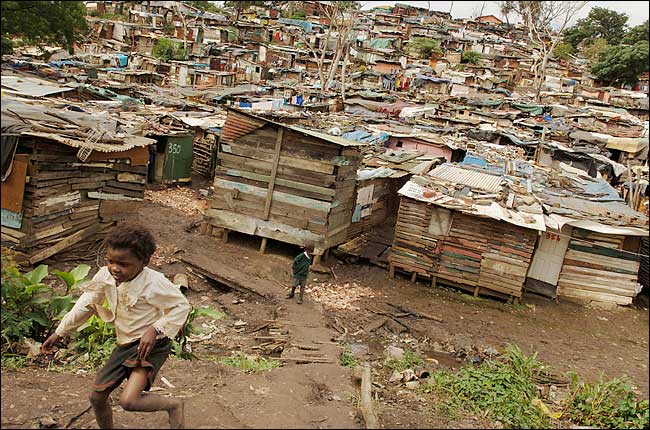 While speaking at the Planning Africa 2018 conference, Deputy Minister for Cooperative Governance and Traditional Affairs  Andries Nel hinted that not only does South Africa need to redistribute rural White farm lands but also urban properties as well:

“President [Cyril] Ramaphosa has urged us to be bold in our thinking on the integrated urban development revolution. The successful development of African cities will require the whole of government to work together,” said Nel.

He presented a keynote address on behalf of Minister of Cooperative Governance and Traditional Affairs Zweli Mkhize at the conference, which is taking place under the theme “The making of modern African cities”.

“President Ramaphosa recently emphasised in Parliament that, to accelerate spatial transformation, under-utilised land should be developed for mixed use,” said Nel.

“Some land, for instance, is held privately for purely speculative purposes. We need to develop a continuum of use to achieve social and spatial economic transformation, according to the president.”

According to Nel, it is estimated that by 2050, most of the world’s urban population will be in Asia and Africa.

“President Ramaphosa said recently that we must make our cities generators of wealth and reservoirs of productivity. So, social and economic development is imperative.”

Nel said in SA 66% of those who already live in cities and, as a whole, the country’s metros, had average incomes about 40% higher than in other areas.

“The spatial form of SA cities continues the profound social divisions. Since 1994 there has been uneven growth in land values and the poor do not have access to resources,” said Nel.

Ramaphosa had said the urban spaces inherited from apartheid must be fundamentally changed, he noted.

“It is unacceptable that the poor, who are predominantly black, are living far from work places in spatial poverty traps. Long commuting times impact the income of poor households disproportionately,” said Nel.

It was only a matter of time before Blacks started making overtures about expanding their “land reform” demands from not only White farm lands to White-controlled urban properties as well.  Nothing owned by Whites will be over looked for potential confiscation without compensation, and Blacks won’t stop until it’s all theirs regardless of the consequences.

Why is Black poverty “unacceptable”?  Quite simply, if Whites have something that Blacks want, then it’s unacceptable.  Black poverty is perfectly acceptable in other parts of Africa where there is no White property or wealth to covet or steal.  The very fact that Whites have things that Blacks do not is ipso facto proof of injustice which will be remedied by whatever means necessary, and that means by violence.  Blacks can’t create wealth on their own, so they will steal it from Whites, but once they’ve stolen it, they will run it into the ground, and they will be poor again.

The only thing Blacks know how to do is redistribute poverty so that everyone is equally miserable.  That’s the only “National Development Plan” they can execute.