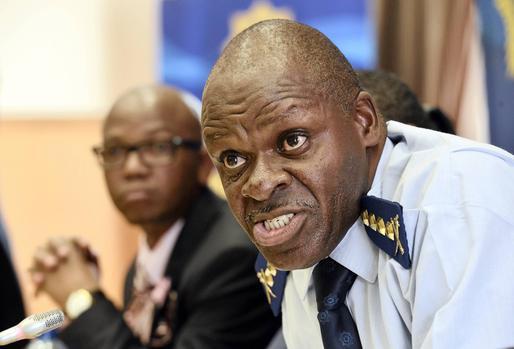 Black Police Commissioner, General Kehla Sithole, has publicly proclaimed that there was no Black crime in South Africa before the White people came and brought it with them:

Speaking at a police briefing on Monday, Sithole told about five hundred police officers in attendance at a conference in Pretoria that if it wasn’t for white people, there would be no crime in South Africa.

“They brought TVs, cars, jewellery, and other things our people will be tempted to steal, if it wasn’t for that, our people were never going to learn to steal, they all of this to make us look bad.”

“We are now fixing this country, but first, we must fix the past.  White people came here, they tricked us and stole our land.  We must first fix that by giving land to our people,” he said.

The commissioner says he whole heartedly supports land expropriation without compensation, as it is a means to an end.

“Without it, we can never fix this country,” the commissioner said.

Technically, Sithole is correct — there was no Black crime before the White man came to what is now South Africa because there were no Blacks occupying that land of any consequence — the land was virtually empty of what is called human life.  Once the White settlers built up the land and prosperity spread, Blacks from all over southern Africa began to flood into White South Africa in search of jobs and a better life, and that is exactly what they got.  Whites employed them, fed them, clothed them, and housed them — basic essentials to everyday life they had never had before under Black tribal rule.

But the contemporary accounts written by the White settlers and missionaries all agreed on one thing: the native Africans were natural born thieves and liars.  It wouldn’t matter how inconsequential an item was, they’d steal it nevertheless.  And they’d always deny that they stole it even when caught red-handed.  So in the mind of an African, Sithole is correct in laying blame on the Whites: Blacks will stop stealing only when there is nothing left to steal.