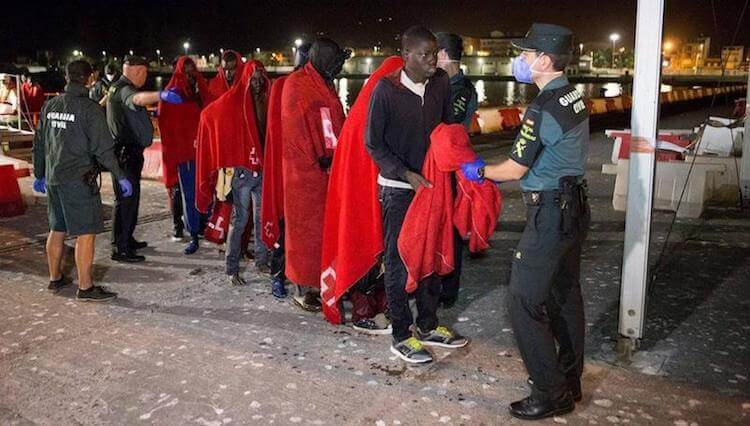 Spain has now decided to give “undocumented” migrants full access to public healthcare the moment they set foot in Spain, according to a draft government decree:

The draft, which the Health Ministry has sent to regional governments, eliminates the need to hold a Social Security card, and even dispenses with the requirement to sign up on the municipal register (known in Spanish as the padrón) before being allowed to use Spain’s health services. Regional governments will decide what documents are necessary to access the system in their territory.

“An immigrant will be able to get off the boat, get assistance from the Social Services, and head straight for the local health center,” said a ministry source.

Immigration laws also establish a 90-day period during which there is limited access to many services, based on the attempt to distinguish between travelers and people wishing to settle down in the country. According to the draft decree, this period may now be reduced or eliminated altogether if regional governments so decide. In that case, universal healthcare would be applied from day one.”

The new liberal government is intent on destroying Spain as quickly as possible, tearing down border fences and giving the invaders full access to their social services.

California is going bankrupt because the liberals there tried the same financial suicide. Spain’s neighbor Portugal does not get very many invaders at all because they don’t have any free social services for the invaders to live off of. If Spain doesn’t wake up soon, they will have no country left to call their own.