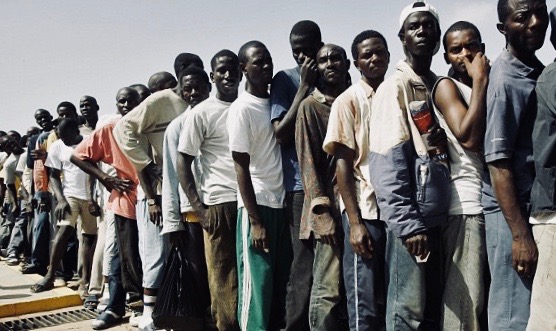 In order to allegedly compensate for an aging native population, Spain plans to take in between 7 and 10 million migrants between now and 2050, according to a recent government report:

According to the Independent Authority of Fiscal Responsibility (AIReF), far from losing population, Spain will continue to gain population in the coming decades thanks to the increase in fertility and, especially, thanks to immigration, which will provide between 7 and 10 million people through 2050.

The AIReF considers that the total population of Spain will increase between 4 and 13 million people in 30 years, so that it will reach between 51 and 60 million people by 2050. Immigration will be “fundamental” to maintain this population gain.

The Fiscal Authority considers that Spain will continue to attract migratory flows since it will have labour needs and that its income will continue to be higher than that of the countries of origin (especially Africa and Latin America).

This will allow about 270,000 net immigrants to arrive in Spain EACH year (mostly from Northern Africa, as we have reported recently).

This means that immigration will contribute about eight million inhabitants in the next three decades (estimates range between 7 and 10 million). As a result, the proportion of immigrants over the total population will increase from the current 10% to around 15%.

As has been noted before, studies say once a country’s Muslim population reaches 16%, the takeover by Islam can no longer be reversed.

The White population of Europe has had periods of shrinkage and growth throughout the last 2,000 years, but only in the last few years have these normal population fluctuations become a “crisis” that needs to be “solved” by flooding Europe with violent, hostile, and degenerate Arabs and Africans.  Japan’s native population is also getting older, and birth rates are low like Europe, but no one is demanding that Japan flood itself with Africans to compensate for this population shrinkage.

Why is this hypocrisy and double standard never challenged in the jewish media?  The short answer is that Jews want to replace Whites with non-Whites and mixed-race people like themselves.  But you’ll never hear a Jew admit that on CNN or FOX news.