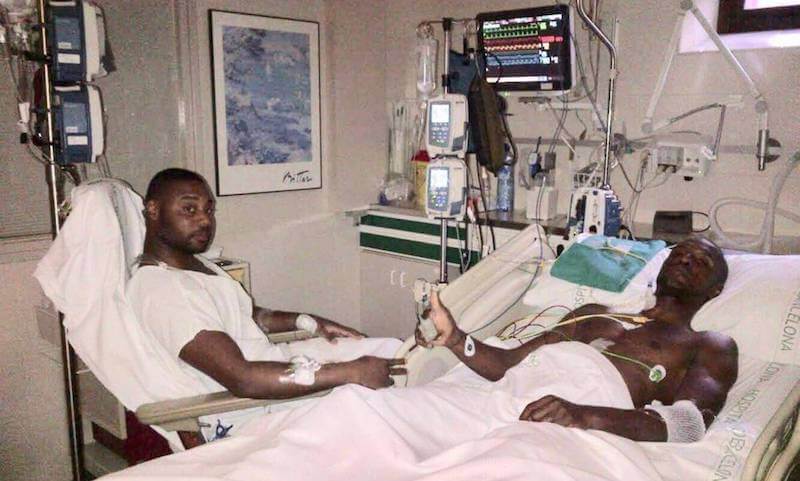 “Barcelona prosecutor considering reopening the case, after wiretaps suggest the illegal purchase of an organ for Éric Adibal, who is now the soccer club’s technical secretary.

Former FC Barcelona soccer player Éric Abidal has today posted on Twitter a photo of himself and his cousin Gerard in a hospital room, in a bid to dispel doubts about the legality of a liver transplant the pair underwent in 2012 after the former was diagnosed with cancer.

This week, a story originally published by Spanish online news site El Confidencial detailed wiretapped phone calls in which the former president of the club, Sandro Rosell, has several conversations with a man referred to as “Juanjo.” During the course of these chats, the pair appear to suggest that the liver that Abidal received was paid for illegally by the club, and that his cousin was not, in fact, the donor.”

Cousin Gilbert is looking pretty good for just having part of his liver removed.

But talk about “Black privilege”: this player retires and gets a meaningless job as “technical secretary” and a free liver transplant. As hundreds of White Spaniards die each year waiting for an organ match, this privileged Black gets a liver through the back door – no doubt donated by a White person. But then again, most White soccer fans would gladly donate an organ to a Black star player while their White neighbor dies waiting for one.