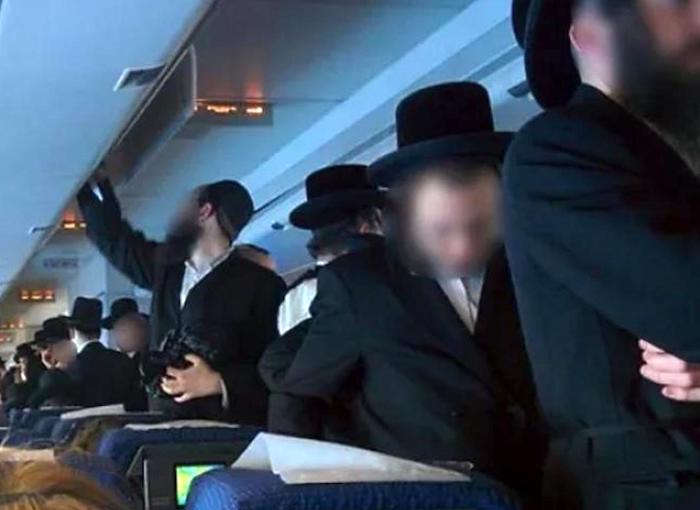 An Orthodox Jewish couple from New York claims that a Spirit Airlines flight attendant used an antisemitic slur on a flight to Florida when they blatantly refused to follow the airline’s safety rules:

Chana and Yisroel Beck and their three infant children boarded the flight to Fort Lauderdale Tuesday from Newark Airport, the New York Post reported Thursday. The couple wanted to take aboard a baby carriage that converts into a seat but a flight attendant firmly told them not to take it aboard.

One passenger from Rockland County who is identified in the article only as Binyamin told the Post that the flight attendant used anti-Semitic language, telling a colleague something about “those retarded Jews.”

Another crew member told Yisroel Beck he could not sit with the rest of his family in a three-row seat, with one child on his lap, according to the report. When the plane landed, the couple were escorted by security, detained and questioned. Their return tickets were voided and they were banned from flying Spirit, the couple said.

They said this treatment was unjust and uncalled for.

Spirit spokesman Derek Dombrowski said the Becks have not yet contacted the airline, but that “records indicate that this guest ignored flight and ground crew instructions multiple times, beginning with the boarding process and continuing through landing.”

He said the airline will “launch an investigation and take these matters very seriously.”

Orthodox Jews obsessively study The Talmud, the jewish “holy” book, and this book teaches Jews that there are rules for Jews and rules for the goyim, and Jews are not obligated to obey rules for the goyim.  So it’s no doubt very confusing when Jews go out in the real world and find that they do, in fact, have to obey the rules for the goyim, no matter how humiliating or annoying that may be.  The Talmud also instructs Jews not to do anything in public that will reflect poorly on Jews and bring unwanted attention to the jewish community — another lesson these Jews failed to understand.

We also have to wonder if the phrase “retarded Jews” is actually antisemitic as opposed to merely descriptive.  Surely, the flight attendant wasn’t suggesting that all Jews are “retarded” or that these people were “retarded” merely because they are Jewish, though some might disagree with that.  In this case, it was the behavior of the Jews that was “retarded”, not the Jews themselves.  Either way, what we see here is that when a Jew is criticized anywhere in the world, no matter how justified, the jewish press will report on it and demand “further investigation.”