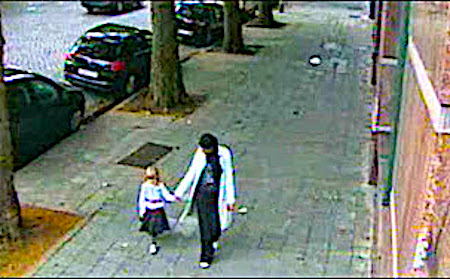 Brussels saw its seventh kidnapping attempt since the beginning of October take place in Woluwe-Saint-Lambert on Saturday:

At a Proxy Delhaize car park on Saturday at around 12:30 PM, near the Clos de Peupliers campsite, Olivier (11) was approached by a woman who was hidden between two cars.

The woman reportedly invited the eleven-year-old boy to come with her to a shopping centre.

Olivier fled to a friend’s home nearby and his father was immediately informed. His father went to the carpark but the suspect was no longer there.

Olivier “told us that she was wearing big sunglasses and that she was hiding part of her face with her scarf and that she also had dark skin… [Olivier] compared her age with his grandmother who is in his fifties,” Olivier’s father said to La Capitale.

The incident happened at a location which Proxy Delhaize’s outdoor camera could not see, but we had a good chat with our son to see if he had imagined the story and no, he had not imagined it,” Olivier’s father continued.

Muslim rape gangs are working out in the open in England and Belgium while the authorities are arresting anyone who speaks out against them for “islamophobia”.  These gangs often use Arab women as accomplices to snatch the prized White children off the streets.  They groom the children into prostitution, or simply rape and murder them.

And the police know exactly what is going on, despite their “ongoing” investigation and feigned “lack of evidence.”

But this is an age-old operation: Arabs have been kidnapping White European women and children for centuries.  Jews in Poland were the intermediaries who ran this lucrative slave trade in the East.  The same was happening in Spain in the west with White slaves being transported to Muslim North Africa.

But let’s not ignore the fact that Belgium’s elite have a well-established penchant for pedophilia, and it should shock no one that they are now using these Muslim gangs to abduct young White children on their behalf.  This fact alone would explain why the police investigation will never get anywhere near the “solving” these cases.