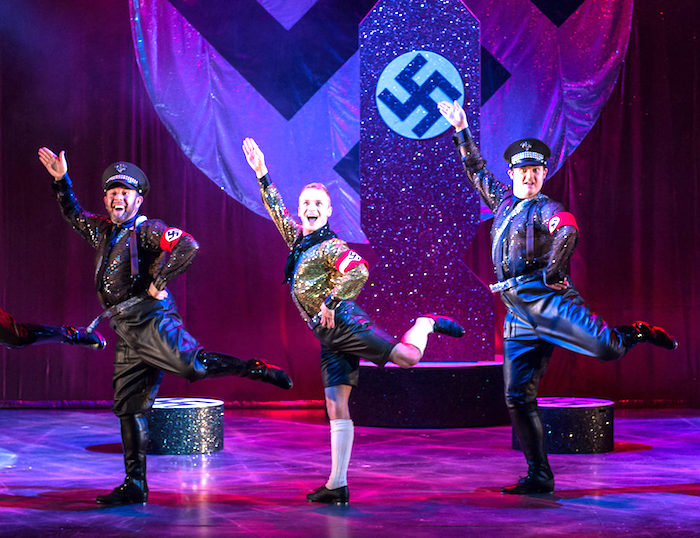 Gunnar Hassard was arraigned at Harrison Town Court on charges of aggravated harassment, which is a felony and a hate crime.

According to the district attorney, the 18-year-old student from Oneonta admitted to putting up neo-Nazi flyers on buildings at Purchase last weekend

The DA also told the court that there is video of Hassard plastering those flyers when Jewish students and staff were celebrating the final nights of Hanukkah.

School officials say 16 posters in total were found on campus, many of them showing a picture of Hitler and a swastika.

The DA and legal experts say that it’s the the presence of a swastika on public property that warrants that felony charge of aggravated harassment.

“Please tell your viewers to wait until the evidence is in. Don’t go on anything you hear until there is a trial,” says Jay Solow, of Legal Aid of Westchester.

Hassard was released on $5,000 bail and has not been allowed to return to Purchase. He is due back here in court Jan. 8.

The over-zealous D.A. is obviously tone-deaf when it comes to having a sense of irony.  Hassard’s flyer, depicting Hitler and quoting a jewish musical, was a clever way of trolling people using plausible deniability.  After all, were the jewish producers of the jewish broadway show from which he quotes ever accused of being “Neo-Nazis”?  Of course, not: Jews are allowed to make jokes about Nazis all they want, whenever they want.  There is never a time when it’s not appropriate to make fun of Nazis, according to jewish worldview.

But then again, Jews are the sole arbiters today of what is funny, and they hate it when a non-Jew like Hassard is funnier than they are, using their own stupid Nazi jokes against them.  Even the jewish attorney who was interviewed for this story doesn’t think this “crime” deserves felony hate crime charges, and that’s unusual for a Jew not to want to see a “Nazi” prosecuted.  Now Jews have to be protected from even jokes about their own jokes.