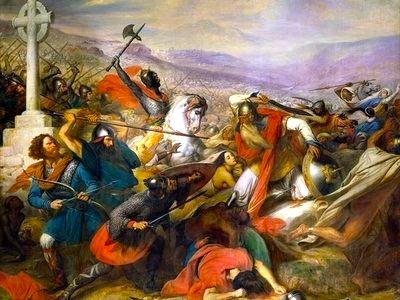 In Norwegian textbooks, White Christian Europeans are systematically portrayed as abusers, imperialists, and exploiters whereas  non-whites are ascribed the role of victims, signalling an anti-Western bias, a new study has claimed:

“Something to do with European supremacy”, a new study by Bergen University student Kristoffer Tyssøy Høisæther, has uncovered double standards in the way history is being presented in Norwegian textbooks used today in elementary and high schools.

“The most remarkable finding in my work is how Europeans are consistently portrayed as ‘abusers’, as opposed to other cultures and peoples, who continually hold a sacrificial role”, Høisæther wrote in an article in the news outlet Resett.

To quantify this finding, the author listed 25 instances of massacres, mass killings and genocides depicted in history books, all of which were carried out by Europeans. By contrast, Muslims and Jews are exclusively given the role of victim.

“The willingness to place Europeans solely in the role of the abusers is highly reprehensible, and this is undoubtedly instrumental in creating a very distorted picture of history”, Høisæther wrote.

In one textbook, “cruelty and greed” were called “typical European characteristics”. Furthermore, Western prosperity was attributed to “gross exploitation of other peoples”. While European immigration to America “wiped out millions of Indians”, non-European conquests are portrayed in a much more peaceful way, such as “the Arabs spread out over a vast area”. Similarly, trade in the Indian Ocean, which included millions of slaves, is portrayed as a “flourishing enterprise and a multifaceted contact across cultures, religions and languages”. Such a description for the Atlantic trade carried out by Europeans is hardly imaginable.

According to Høisæther, in several comparisons between the West and the Islamic world, the former appears clearly inferior. The Islamic world is claimed to be “distinctly democratic”, whereas the Europeans excelled “in strength and rage”. In another instance, the Renaissance and the Enlightenment were allegedly founded on knowledge preserved by Islam.

While Christianity is portrayed as a brutal and merciless religion, with compulsory conversion and mass executions, the Islamic world, especially the Ottoman Empire, which led expansionist wars for hundreds of years, is praised for its religious tolerance. No attention is devoted to the persecution of non-Muslims in the Middle Ages. Spain under its 700-year Muslim rule is thus portrayed as a peaceful place with various confessions happily co-existing.

“In almost all textbooks, we are served a bloody narrative about fanatical crusades, when men, women, children and old people were massacred with delight. The conquest of Jerusalem during the First Crusade is given a unique place in most textbooks as an event of unmatched brutality. No other event, be it the Arab, the Turkish or even the Mongol conquests are classified as mass murder, while the reader is also spared of gory details”, Høisæther stressed.

This bias will be blamed on some faceless, nameless “liberals” of course, but we can be assured that virtually all the major publishers of school textbooks in Norway and all over Europe and America are Jews, who have been systematically undermining and subverting how history is taught to White school children since the end of WWII.  While the White race is blamed for literally every social ill known to man, the other races are portrayed as noble victims of institutional hatred often resulting in “genocide”.

And the worst part of this is that White children are growing up brainwashed into hating their ancestors and their own country’s moral legitimacy to even exist.  They are taught that the only way to correct these past “atrocities” against people of color is to allow their White nations to be flooded with non-White migrants who deserve indefinite “reparations” in the form of open-ended free welfare and social benefits, or guaranteed government jobs, such as “diversity officers” and “internet security agents” to monitor and arrest Whites who refuse to go along with this anti-White agenda.