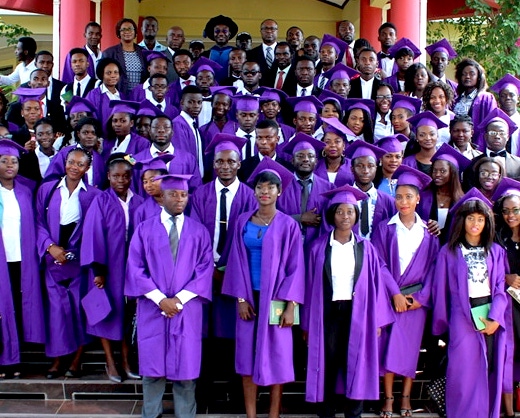 The belief that “immigrants with college degrees” are bringing great skills to the US is completely false, as U.S.-degree holders out-score foreign-educated immigrants by a wide margin, according to literacy, numeracy, and computer operations administered by the Program for International Assessment of Adult Competencies (PIAAC):

As detailed in a new report produced by the Center for Immigration Studies (CIS), while the “percentage of immigrants who arrive with a college or advanced degree has risen over the past decade, the extent to which foreign education translates into useful skills here in the United States is an open question.”

Based on English-language tests of literacy, numeracy, and computer operations administered by the Program for International Assessment of Adult Competencies (PIAAC), the CIS study found that “among test-takers with at least a college education, U.S.-degree holders out-score foreign-educated immigrants by a wide margin.”

“Policy-makers should therefore be cautious in treating foreign degrees as evidence of ‘high-skill’ immigration,” the report said.

Other key points in the report revealed that:

* Among immigrants in the United States whose highest degree is either a bachelor’s (“college”) or a master’s or Ph.D. (“advanced”), about 40 percent received their highest degree in a foreign country — meaning they are “foreign-educated”.

* On both literacy and computer operations, foreign-educated immigrants with a college or advanced degree perform so poorly that they score at the level of natives who have only a high school diploma.

* On numeracy, foreign-educated immigrants with a college or advanced degree perform closer to the level of natives who have some college education, but not a bachelor’s.

* Despite their reputation for specializing in “Science, Technology, Engineering and Mathematics” (STEM) fields, about one in six foreign-degree holders score “below basic” in numeracy.

* The skill gap between foreign and U.S. degree holders persists even among immigrants who have had at least five years in the United States to learn English.

The results “explain why the rising education level of new immigrants has not improved employment, income, poverty, and welfare use as much as expected,” the report added.

If colleges in the Third World were any good, why do so many foreigners try to get into White countries on student visas?  It’s the same reason that students in Black ghettos often want to go to White schools in better neighborhoods.  But the quality of  the schools is a refection of the quality of the people.  Standards must always be lowered when “integrating” non-Whites into our schools, our neighborhoods, our countries.

When we allow foreign nationals attend our American universities, the U.S. taxpayers end up subsidizing the education of these foreigners, as most of these universities accept Federal education funding.  And these foreigners take up space in these schools, which forces deserving White American students elsewhere.  And that’s the point — Whites are going to subsidize their own brown replacements.