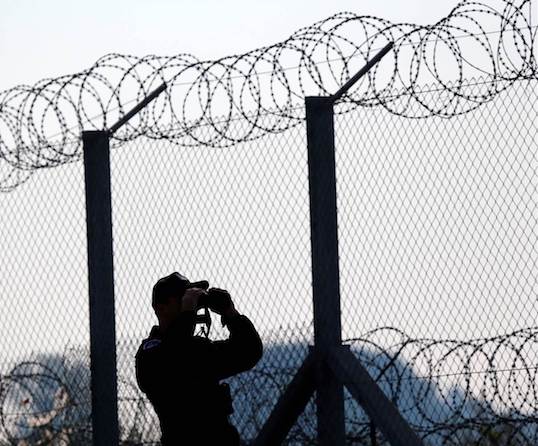 Racially diverse people have a much better chance of peacefully coexisting if they are separated by strong borders or natural boundaries, according to a 2011 study by the New England Complex Systems Institute entitled, “Good Fences: The Importance of Setting Boundaries for Peaceful Coexistence”:

We consider the conditions of peace and violence among ethnic groups, testing a theory designed to predict the locations of violence and interventions that can promote peace. Characterizing the model’s success in predicting peace requires examples where peace prevails despite diversity.

Switzerland is recognized as a country of peace, stability and prosperity. This is surprising because of its linguistic and religious diversity that in other parts of the world lead to conflict and violence. Here we analyze how peaceful stability is maintained.

Our analysis shows that peace does not depend on integrated coexistence, but rather on well defined topographical and political boundaries separating groups. Mountains and lakes are an important part of the boundaries between sharply defined linguistic areas. Political canton and circle (sub-canton) boundaries often separate religious groups.

Where such boundaries do not appear to be sufficient, we find that specific aspects of the population distribution either guarantee sufficient separation or sufficient mixing to inhibit intergroup violence according to the quantitative theory of conflict.

In exactly one region, a porous mountain range does not adequately separate linguistic groups and violent conflict has led to the recent creation of the canton of Jura. Our analysis supports the hypothesis that violence between groups can be inhibited by physical and political boundaries.

A similar analysis of the area of the former Yugoslavia shows that during widespread ethnic violence existing political boundaries did not coincide with the boundaries of distinct groups, but peace prevailed in specific areas where they did coincide. The success of peace in Switzerland may serve as a model to resolve conflict in other ethnically diverse countries and regions of the world.

Basically, everything that the radical Left is trying to establish — a world without borders — is a recipe for violence and conflict, according to this common sense study.  A cursory look at any city in America confirms the wisdom of this study.  Homogeneous White neighborhoods separated by highways or rivers have very low violent crime rates, and the more “diverse” a neighborhood becomes, the more dangerous it is.  And the more diverse a neighborhood, the less people interact with each other.