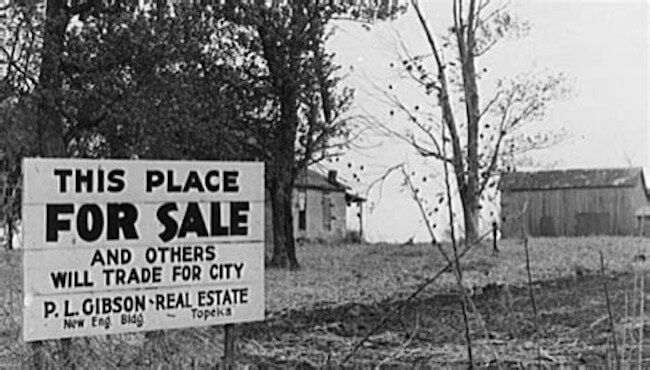 “But suicide rates have increased for some professions more than others. According to CBS, farmers are facing the highest suicide rate of any profession in the US. The suicide rate for people in the field of farming, fishing and forestry is 84.5 per 100,000 people – more than five times that of the broader population. And with retaliatory tariffs from China and the European Union set to further undermine US crop prices, a bad situation could be about to get worse. Meanwhile, the Federal Reserve is raising interest rates, making the loans on which farmers depend increasingly expensive.

Finances are probably the most pressing reason: Since 2013, farm income has been declining steadily according to the US Department of Agriculture. This year, the average farm is expected to earn 35% less than what it earned in 2013.”

The stagnation of farm incomes is largely due to the flooding of the American market with cheap food from China and the Third World. Wall Street speculation on different commodities also undermines the U.S. farmers. The farm subsidies merely compound the problem.

Another issue is regular, White farm laborers, who now have to compete against millions of illegal migrants who work for nothing and send money back to Mexico. Smaller farms in the US also face hostile takeover attempts as the farming industry becomes increasingly controlled by a few big players (see factory farms).

Ironically, globalization has made it increasingly difficult for Americans to feed themselves. It’s difficult to believe that these ruinous policies aren’t done on purpose.