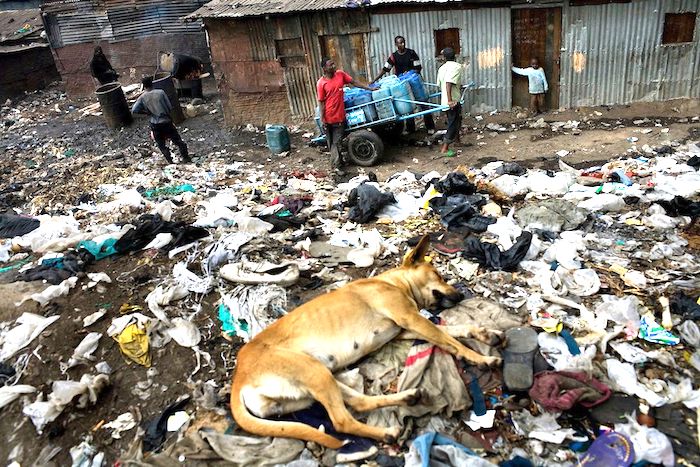 In a recent survey conducted by the Pew Research Center, more than 50 per cent of Kenya’s entire population would like to live in another country, with the U.S. being their preferred destination:

More than half of Kenyans would immediately move to another country if they could, a survey by an international polling agency has found.

The proportion of Kenyans saying they would like to emigrate — 54 per cent — was the third highest among six sub-Saharan countries included in the survey results released today by the US-based Pew Research Centre.

But only 19 per cent of Kenyans interviewed a year ago by Pew researchers said they are actually planning to move to another country in the next five years.

Of those Kenyans saying they wish to leave the country, 55 per cent listed US as their preferred destination.

That was the highest stated preference for US among respondents in the six countries polled.

Kenyans reaching the US would join an estimated 120,000 of their compatriots already there.

Another 180,000 Kenyans are living in Europe, according to United Nations data cited in the Pew survey.

For the EU countries, along with Norway and Switzerland, Kenya ranks seventh among African states’ emigrants.

The Pew survey did not ask why Kenyans and other Africans want to leave their homelands.

Researchers note, however, that many African countries “continue to have high unemployment rates and relatively low wage rates”.

The job market appears unlikely to improve any time soon, researchers add, due to “high fertility levels that will mean even more people competing for jobs”.

“Political instability and conflict are other factors pushing sub-Saharan Africans to move,” the report states.

The same survey would have found that 0% of Americans would want to emigrate to Kenya if given the chance–including Black Americans.  But no one ever accuses Africa of being “too Black” or of not being “diverse” enough.

Like all Africans, Kenyans are out breeding their ability to support themselves, and they are facing an economic catastrophe over the next few decades.  But apparently, it is the responsibility of White countries to solve their self-created problems.

In reality, even if America and Europe took all 25 million Kenyans who wanted to leave, the remaining 25 million would double their population in 25 years, creating the exact same human disaster they face now.  Taking even one Kenyan only makes their lives in Kenya worse.  And the 400,000 Kenyans who now live in White countries have brought their chronic problems with them.