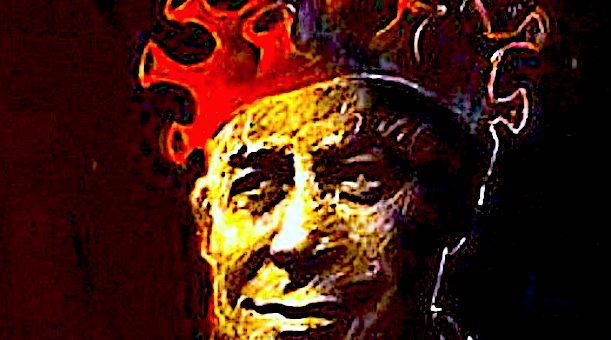 With the Coronavirus crisis fueling an increase in antisemitism often directed at Israel, the Combat Anti-Semitism Movement (CAM) group has launched a global public relations campaign convince the world of Israel’s alleged benign and constructive achievements in the international battle against COVID-19:

Recent reports have documented how the Coronavirus pandemic has seen a worrying increase in anti-Semitic conspiracy theories and tropes, targeting Jews and the State of Israel. Numerous examples have been recorded in the United States, while an Oxford University study found that almost 20 per cent of adults in Britain believe Jews are behind the spread of the virus for financial gain.

In a direct challenge to these anti-Semitic allegations, many of which take the modern-day form of anti-Zionism, the #IsraelFights4Humanity campaign showcases Israel’s efforts to combat Coronavirus. The campaign is designed to enable the participation of individuals and organizations across the world, including the 250 Jewish and non-Jewish organizations which have joined the Combat Anti-Semitism Movement by signing its pledge.

Participants are encouraged to use a series of easy-to-share visual tools created by CAM. They include a specially-produced video highlighting Israeli tech companies developing new tools to diagnose the disease, Israeli pharmaceutical companies donating medicines, Israeli researchers sharing their knowledge with colleagues around the world, the Israeli military mobilizing to help those most at risk of contracting Covid-19, and Israel’s national airline delivering millions of masks to an American city. The full video can be viewed at this link.

Meanwhile, Facebook and Twitter posts promoting the #IsraelFights4Humanity hashtag center on a specially curated album of 19 images, telling the story of Israeli ingenuity and innovation in tackling COVID-19. The album includes information on Israeli efforts to patent a promising new vaccine design, embark on a US FDA-approved trial of a new treatment, advance the effectiveness of surgical masks, enable contact-free monitoring of coronavirus patients, share proprietary information to manufacture more ventilators, and more. The full album can be viewed at this link.

Sacha Roytman-Dratwa, The Combat Anti-Semitism Movement Director commented, “Too often, Jews have been a convenient scapegoat in times of crisis. Sadly, the age of Coronavirus is no different. Just as the pandemic has spread, so has the disease of anti-Semitism, often in its contemporary form of anti-Zionism. The best way to combat this is through education. That is why it is so important for as many people as possible to understand that Israel is one of humanity’s greatest assets in overcoming COVID-19.

“We encourage as many people as possible to share this important message far and wide. The #IsraelFights4Humanity campaign gives everyone the tools to make a real difference, to change perceptions and ultimately, to defeat the scourge of anti-Semitism across the world.”

Funny how only Jews and Israel need to spend billions every year trying to convince people to trust them.

Jews, of course, work feverishly to gain more and more power and control, but they don’t want the responsibility or scrutiny that comes with that power, especially when things go wrong — and with Jews in power, something always goes wrong, terribly wrong.

One would expect that Jews, of all people, should be wary of “medical experimentation” with untested drugs and vaccines — if we are to believe their nightmarish accounts of being experimented on by the notorious Dr. Mengele.

If, in fact, these vaccines are being promoted as part of a massive world depopulation agenda, as Mikovits and others are claiming, then these vaccines have the potential of killing far more Jews than the alleged 6 million who got “gassed” in the so-called “Holocaust”.

The question naturally arises: if wealthy and powerful Jews are indeed a major force in promoting this fake pandemic and the dangerous, under-tested vaccines, how are they going to vaccinate all the Jews in Israel, America and elsewhere without potentially killing off millions of them?

Is it possible that Israelis will receive a placebo vaccine while the goyim get the “hot shots“?

Jews worldwide should be very concerned that they do not become victims of this potential vaccine holocaust — they should be the loudest voices in demanding that these vaccines are properly tested before they are used on the public.

And as of yet there doesn’t seem to be an organized voice within international Jewish organizations to demand safety and accountability.

Is this another case of the “dog that didn’t bark”?