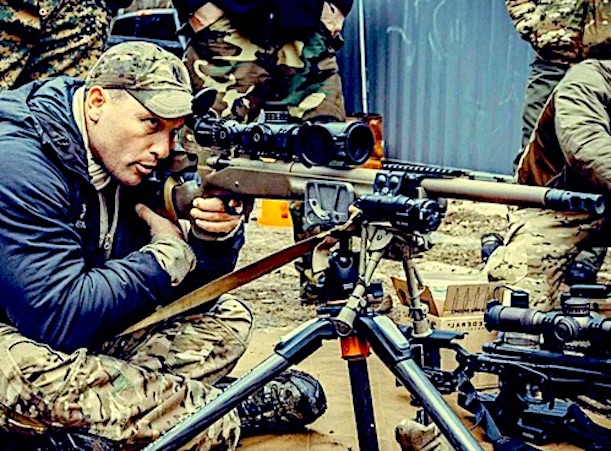 [CFT Note: We are re-posting and updating this article from 2019 — as we expect that this will become the new norm with more and more Americans objecting to this radicalization and destruction of our children.]

(Christian News Network) Police arrested a Baptist pastor who was attempting to peacefully protest a “Drag Queen Story Hour” event for children at a Spokane public library, which was under heavy militarized police protection that included camouflaged snipers positioned atop the roof to “manage” the large crowd:

Afhsin Yaghtin of New Covenant Baptist Church was arrested for obstructing an officer as he contended with police that the South Hill Library is public property and that he should be able to speak adjacent to the facility instead of being required to stand across the street.

Video footage posted to social media shows police telling Yaghtin that if he does not support the event, he needs to stand on the other side of the street, away from the library — though those defending the drag queens were permitted to be on the same side…

According to The Spokesman-Review, an estimated 40 police officers were stationed outside of the library. Those who supported the event — approximately 400 in all — stood adjacent to library property, and those opposed to the “Drag Queen Story Time” — about 200 concerned residents — were asked by police to stand on the other side of the street.

One photo posted to social media shows a man in camouflage standing atop the South Hill Library. The Charles Carroll Society also posted photos on its website of men on the roof holding binoculars. See here and here. Sgt. Terry Preuniger of the Spokane Police Department told reporters that the police had thought people were going to bring firearms to the library.

“From looking at online conversations, police expected to see people armed on both sides, which resulted in a strong police presence on Saturday, he said, but no civilians showed up openly carrying guns,” The Spokesman-Review states.

“The police presence was a little ridiculous. They had snipers on the roofs. They wouldn’t allow us into the library,” Anna Bohach of 500 Mom Strong told the outlet.

A law enforcement dispatcher supervisor through Spokane County 911 confirmed to Christian News Network that those atop the library roof were snipers “most likely” with the Spokane Police Department SWAT team as opposed to the county SWAT team.

Our children are the ones who need police escorts when they use public bathrooms these days — not the trannies and degenerates who want to abuse them.

Not since the 1960s when the National Guard forced school desegregation down our throats at gunpoint have we seen such an aggressive push toward accelerating this radical agenda onto an unwilling public.

Any real objections or protests will not be tolerated — you will accept trannies indoctrinating your children or you will go to jail.

These same people used the same kind of violence to enforce the Bolshevik Revolution — by gunpoint — and those who objected — or dared notice the ethnicity of the “revolutionaries” were extra-judiciously murdered.

And anyone who objects to these degenerates around our children will be vilified as “haters” and “subversives” to public order — the “new” order where the unimaginable is now the new “normal”.

And if you think homeschooling is the answer, guess again: a popular homeschooling  course has quietly introduced LGBT tolerance into its curriculum.

There was a time in the recent past when thousands of Christians would have taken to the streets if homosexuals were reading to children in a public library, but today they sit at home in front of their televisions, waiting for “The Rapture” — while the Jews feverishly plan to build their “Third” Temple in Jerusalem — and start executing Christians as idolators under their draconian Noahide laws.

It appears that this article woke someone up on Twitter: