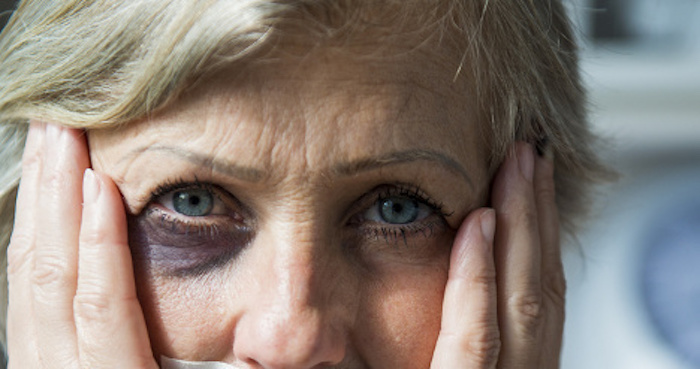 Despite its ultra-progressive feminist policies and a government that is now top-heavy with feminist politicians, a large percentage of women in Sweden are still “victims” of domestic abuse:

Swedish officials and social workers hope that abusive partners will lower their hands, take a breath and call a helpline, an unorthodox solution to a surprisingly common problem in ultra-progressive country.

The helpline is a two-year pilot project organized by local authorities in the nation’s capital of Stockholm and the southern region of Skane, where Sweden’s third-largest city Malmo is located. The service will start accepting calls in January.

While confidential helplines for abuse victims are already commonplace, providing support to the abusers themselves is a novel approach, one the organizers say will help them overcome shame, make amends, and stop hurting their loved ones.

There is “no obvious way of getting into contact with those perpetrating the violence,” but this project can change that, project leader Christina Ericson told state broadcaster SVT.

Trained social workers and psychologists will be ready to advise and counsel the perpetrators who want to stop hurting their partners. They will also work with people who experience thoughts of beating their loved ones, and help them to avoid violence.

Some abusers are aware of their own actions, would like to change their ways, but are reluctant to actually reach out for help, the organizers say. The hotline will “send a signal” to such people and “reduce the shame a little,” so those in need would be open to seek help, Andrea Hansson, a social worker at the Crisis Center in Malmo, told local media.

While Sweden has become a byword for ultra-woke progressive policy – the country’s largest trade union introduced a ‘mansplaining hotline’ in 2016 for instance – an EU report found that the Nordic nation’s domestic violence rate is fourth out of the 28 EU states, and half of the Swedish women surveyed had reported physical or sexual violence in general.

This phenomenon has been dubbed ‘The Nordic Paradox,’ as it also affects Sweden’s closest neighbors, Norway, Finland, and Denmark. All countries have excellent gender equality ratings, but similarly high rates of domestic violence against women.

In the 2000s, a similar phone line for domestic violence perpetrators was launched in the UK by charity group ‘Respect.’ The National Domestic Violence Hotline, operating in the US, is also open to abusive partners and their victims.

In its decades-long pursuit of non-existent gender equality, Sweden has literally become a country dominated by feminist ideologues — both female and male.  But where do Swedish men fit in such a country, and what exactly do “liberated” Swedish women need men for outside of the act of procreation?  And nowadays, more and more career women are opting for in vitro fertilization making men unnecessary even for that.  When men become irrelevant and dominated by women, it should come as no shock to anyone that they might build up resentments that could boil over into domestic violence.

Clearly, emasculated men resent being dominated and marginalized by women who think that merely doing whatever men traditionally do is a sign that they are “equal”.  Men and women are not equal, and society would collapse if they were, and that’s exactly where Sweden seems headed.

And it’s the ultimate irony that “liberated” Sweden is importing hundreds of thousands of wife-beating misogynistic Muslims from the Middle East and Africa to make a bad situation worse.