Sweden’s “Most Diverse” City Too Dangerous & Violent to Deliver Mail 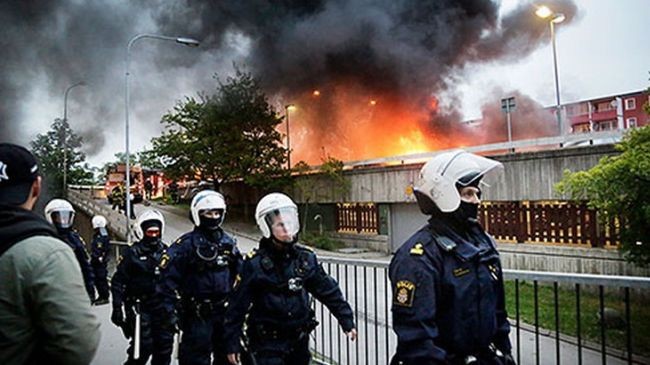 “According to Sweden’s state-owned post operator PostNord, parts of Sweden’s third-largest city are so dangerous that allowing staff to work there would be a violation of the employer’s responsibilities. By contrast, locals, who have had no packages delivered in no fewer than seven years, complain of a violation of their basic rights.

Scandinavian post operator PostNord has stopped delivering mail to parts of Malmö, often dubbed “Sweden’s most multicultural city,” due to the high risk of “robbery and assault” against personnel, the Swedish national broadcaster SVT reported.

One of the “no-go zones” for the company’s employees is Augustenborg, adjacent to the blighted area of Seved, which is on Sweden’s list of “vulnerable areas” rife with unemployment, crime and violence.

“We are not all criminals here. What happens next, will not the ambulance come if I get a heart attack?” a dismayed Sylvia Ziegler, who never received a much-anticipated package, said.”

No city or neighborhood was ever improved by more “diversity” and “multiculturalism”.

When the non-White population reaches a certain number, Whites instinctively move out – it’s called White Flight, and it’s been happening in White civilizations since the dawn of history. It’s almost as if this survival instinct is written in our hearts. Notice how the one “non-criminal” who chose to stay in Malmo to complain about the mail is a resident named Sylvia Ziegler, who sounds like she’s from the Lower East Side of New York, not Sweden.