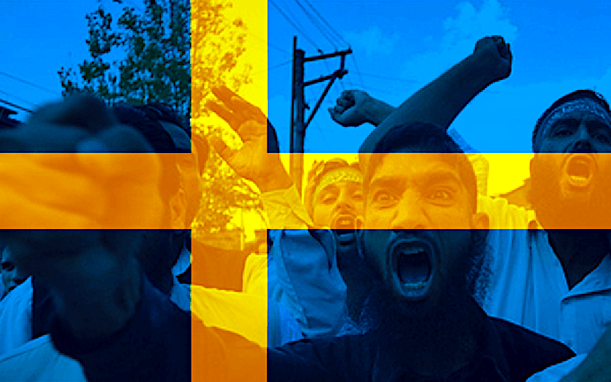 Robbery against children and young people is becoming more common — and more serious, Swedish police say, and many victims dare not report the crimes for fear of reprisals:

Susanne Thonberg, police inspector in Haninge, outside Stockholm, says that many youth robberies are done with really penalistic methods.

Not only do they rob, they mock their victims. They pull them up to the forest and piss on them, she says.

In recent years, robberies against children and young people have increased in Sweden. In 2019, 2,500 robberies were reported against children under the age of 18. In Haninge, which is one of the municipalities that have had problems with youth robbery, there has been an increase in the last 1.5 years.

Marita Grinde-Nilsson, at the Haninge police, has met many children and young people who have felt bad after being robbed.

Big kids, who are still 14 years old, who have taken it so hard that they sleep with mom for the nights, she says.

Another problem that the police notice is that there are few who dare to report or testify after a juvenile robbery. This is something that Susanne Thornberg has marked as a youth investigator.

Many people do not want to go further or participate because they are afraid of reprisals.  They are accused of snitching, so gossiping to the police, so many do not want to join, she says.

In America, this kind of crime where children get robbed and are too afraid to report it to police happens only in Black ghettos, but in Sweden, where they spread the ‘diversity’ throughout the county, this kind of crime invades quiet White neighborhoods.

The article doesn’t say it, but of course the criminals are Muslims and Africans, but in Sweden it is illegal to report the race of the criminals.  After all, we can’t let the Swedes know just what a failure their Swedish experiment in ‘diversity’ has become.

Instead, they will sacrifice the lives of their own children, even toddlers who are digging up bomb making materials in their sandboxes.

Five years ago, Swedish Jews, who are among the leading proponents of Third World immigration into Sweden, expressed ‘fears’ about the increased ‘antisemitism’ among the violent Muslim migrants.

But apparently they aren’t too afraid to let even more in this coming year.

After all, a few more years of this invasion, and the Swedish people will literally be encompassed and replaced, just as Revelation 20:9 promised, at which point the few remaining Swedish Jews can make ‘aliyah’ to Israel.

To read more about how Muslim migrant criminals intentionally humiliate their White victims, read the following interview with a Swedish police chief here.