Swedish Minister Advises Public Not To ‘Worry’ About ‘Normal’ Rapes At Music Festival, ‘Nothing New’ 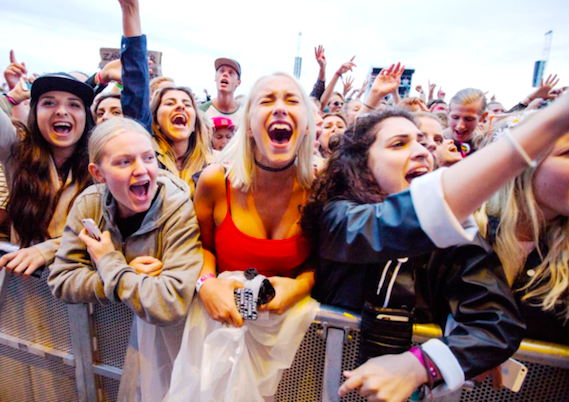 After two teenage girls were raped at a summer music festival, a former Minister of Home Affairs advised the pubic ‘not to worry” about it, and these sexual attacks are “nothing out of the norm“:

According to Aftonbladet, the two rapes took place close to 8 pm at the “We Are Sthlm” music festival in the Swedish capital on Saturday. Both rapes were captured by CCTV cameras.

So far, the two alleged rapists have only been described as men. They are said to have walked up from behind the two girls and raped them. Swedish authorities have confirmed that two rapes were reported at the music festival.

In a statement, Officer Ola Österling of the regional police said: “We are now investigating this and obtaining preliminary survey material and cameras are of course the kind of thing investigators will look at.”

Österling added that so far no arrests have been made in connection with the rapes.

Authorities also mentioned that a dozen additional cases of sexual assault have been reported so far during the festival. Only one individual has been arrested.

Despite the drastic increase in reported cases of sexual harassment, the former minister of Home Affairs, Anders Ygeman, said that the trend was nothing to worry about and that these kind of attacks at festivals were nothing new or out of the norm.

In 2018, the non-profit organization The Night Shift released a report which challenged Ygeman’s comments. The report notes that reports of sexual assaults rose nearly 1,000 percent in 2016.

Since the migrant crisis began in 2015, Sweden has seen a drastic uptick in sexual harassment, sexual assaults, and rape cases. All too often, the cases involve migrants victimizing underage girls.

This summer, manufacturers, and retailers of self-defense pepper sprays have reported record sales due to the ubiquity of sexual assaults.

In reality, what the Home Minister said about sexual attacks being “normal” in Sweden is factually true.  Just like the current spate of bombings, sexual crimes have become the new normal in New Sweden, and in order to get the majority of ethnic Swedes to continue to go along with this social “experiment” to literally replace them with Third World invaders, these daily crimes need to be hidden from public view as much as possible.  Those that can’t be hidden will be described as “aberrations”.