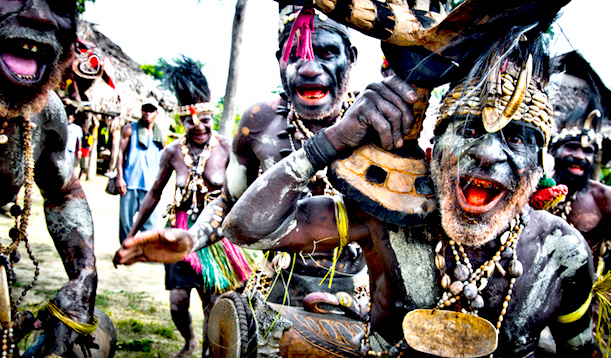 At recent summit for food of the future (the climate-ravaged future) called Gastro Summit, in Stockholm, a professor held a presentation asserting that we must “awaken the idea” of eating human flesh in the future, as a way of combating the effects of climate change:

In a talk titled “Can you Imagine Eating Human Flesh?” behavioral scientist and marketing strategist Magnus Söderlund from “Handelshögskolan” (College of Commerce) argues for the breaking down of the ancient taboos against desecrating the human corpse and eating human flesh.

He refers to the taboos against it as “conservative,” and discusses people’s resistance to it as a problem that could be overcome, little by little, beginning with persuading people to just taste it. He can be seen in his video presentation and on State Swedish Television channel TV4 saying that since food sources will be scarce in the future, people must be introduced to eating things they have thus far considered disgusting–among them, human flesh.

Easier sells he suggests include: pets and insects. But human flesh was the central topic. In Swedish articles describing this new debate, the term “mannisko-kötts branschen” is introduced. This means “the human flesh industry.”

In his bio at the Stockholm School of Economics, Söderlund states that his research focus includes: “consumer behavior,” ” marketing stimuli,” “loyalty, emotions, justice perceptions,” “psychological reactions,” …”in a society increasingly obsessed with consumption.”

People can be “tricked” Soderlund teases, into “making the right decisions.”

“Are we humans too selfish to live sustainably?

“Is Cannibalism the solution to food sustainability in the future? Does Generation Z have the answers to our food challenges? Can consumers be tricked into making the right decisions?At GastroSummit you will get some answers to these questions—and also partake in the latest scientific findings and get to meet the leading experts.”

In his talk, Söderlund asks the audience how many would be open to the idea. Not many hands go up. Some groaning is heard. When interviewed after his talk, he reports brightly that 8 percent of conference participants said they would be open to trying it. When asked if he himself would try it, he replies: “I feel somewhat hesitant but to not appear overly conservative…I’d have to say….I’d be open to at least tasting it.”

The logo for the talk, titled: “Food Of The Future: Worms, Grasshoppers, or Human Flesh,” features a splash of blood as part of the graphic design.

The Swedes are certainly the most “avant garde” among the radical “progressives” who firmly believe that if only the rest of the world embraced their “enlightened” liberal “values” we could save the planet and achieve some kind of Marxist Utopia.  Part of this ongoing campaign to bring the world into submission is to convince people that the ends justify the means when it comes to combating global warming, even if that means we must seriously consider getting over our “squeamishness” toward eating human flesh.

But we need look no further than parts of Africa, India, and South America were cannibalism is still practiced, and we will see how that “strategy” isn’t having much effect on global warming.  Perhaps the problem is just that not enough people are “choosing” cannibalism to have the positive impact imagined.

Of course the prophet Jeremiah did foretell of a time when the Israelites would, in fact, embrace cannibalism, so let’s not pretend we are shocked or outraged when the most atheistic country in “advanced” Europe proposes it to solve its social ills.