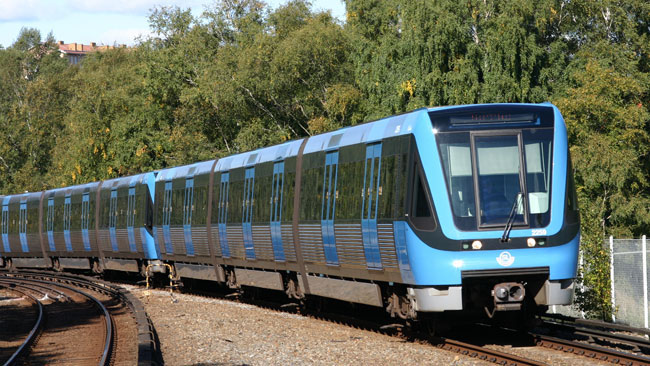 Several liberal Swedes have objected to the racist tone of announcements by train conductors which warned passengers to protect their belongings against pickpockets:

“Unusual announcements” have been called out in the subway during the past week. Several people attest that the announcer, on various occasions, has pointed out a certain group as pickpockets.

The group seems to be beggars. Josefin Meissner is one of those who has reported the announcements to SL (Stockholm Public Transport).

“Hold on to your phones, your computers, your coffee, because these people steal everything”, she claims to have heard in the subway on Tuesday.

She argues that it is racism and plans to report it to the police. I felt that it was targeted at a specific group. That it was no ordinary warning against pickpockets. It was just “watch out for these people”. And I thought at once that it was about beggars, she says.

Another person who heard a similar call is Linn Björlund. A male voice urged passengers to hide valuables like phones, computers and jewellery on Wednesday.

“And it was even worse when he said it in English, because he called the pickpockets ‘they’, ‘they get on now’”, she says. Claes Nyberg, press spokesperson at MTR/SL, says that they will have a talk with the staff about “good form”.

“It’s important that our employees know our rules, what is good form, and what they can and cannot say. And we will of course follow up on the issue”, he says.

So it turns out that the “racist” conductors didn’t mention the race of the pickpockets at all; they merely referred to the pickpockets as “they” in an insinuating and “uncommon” way.  This is exactly how even those who go out of their way to not be racist will eventually be persecuted by political correctness police.  Even the most socially progressive social justice warriors should be very concerned about this development because one day the police will be coming to their door to investigate a slight slip in their word choice that has offended someone.

That these complains were taken seriously shows the depth of depravity to which the average Swede has sunken, and few dare to say anything as the country burns.  This is what it is like for Whites to live under the boot heel of jewish thought control, the likes of which we haven’t seen since the height of jewish communism in the evil Soviet Union.  Now that this totalitarianism has spread to Sweden under the guise of multiculturalism, no one dares step out of line and speak their mind.  Sweden has rejected its Christian roots, so it is destined to be ruled over by Jews, who will relentlessly repress them into mind-numbing conformity.