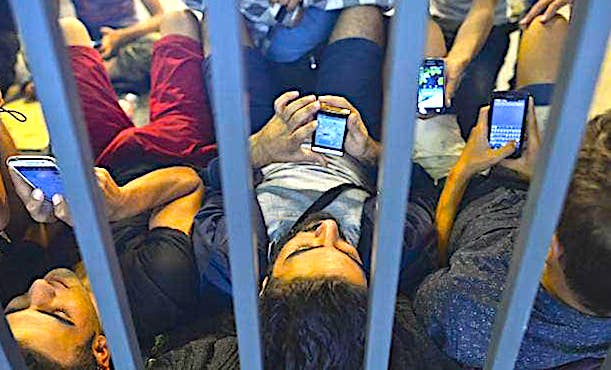 As law enforcement in a Swiss city near Zurich are finding more and more illegal videos on teenagers’ smartphones, they decided to explain to minors why such clips are bad using what appeared to be footage of a man having sex with an animal:

However, if one tries to access the website, which appears to promise some illicit content, he or she will be redirected to the page of Switzerland’s Criminal Prevention Agency. It gives further information about legislation on age-appropriate content.

And second, Arabs come from “cultures” where sexual deviancy is far more prevalent than in White Christian countries.  For example, 50% of Afghani men engage in pedophilia, and upwards of 50% of Muslims are inbred by western standards.

Yes, there are bestiality brothels in decadent and atheistic western Europe, but in the last five years, in the wake of the migrant invasion, bestiality has apparently seen a rise in popularity.