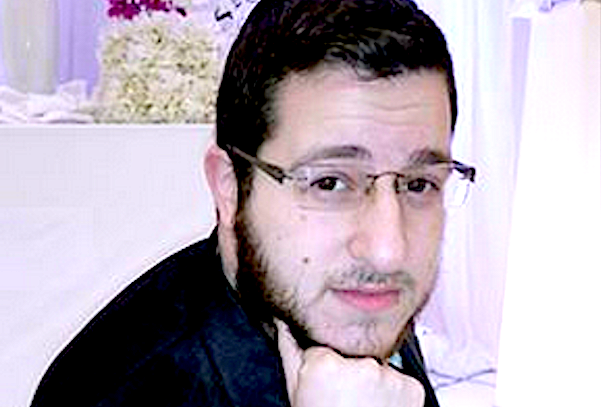 A jewish man named Isaac Bernath, who is claiming to be the ‘victim’ of a recent ‘antisemitic’ road rage incident, can be heard chuckling as he films it, but abruptly cuts off the video just as the other driver appears to accuse him and his fellow Jews of being pedophiles, “And you play with little…”:

The incident occurred in the city of Monticello, in Sullivan County, New York recently, when the anti-Semitic couple accused 25-year-old Brooklyn musician Isaac Bernath of cutting them off on the road, in an apparent case of road rage.

“Go back to f***ing Brooklyn,” the husband said, while giving the middle finger to Bernath. “Right there, to all of you f***ing non-tax paying scumbags.”

If it were unclear that the couple’s rant was directed at Jews, the husband quickly removed any doubt.

“You dirty, nasty people. You ruin the whole place.”

Behind him, the man’s wife repeated the words “Inbred, inbred.”

“This is a very common occurrence,” he told News 12. “I wasn’t surprised, but I was glad I got it on video to expose it.”

Gary Siepser of the Jewish Federation of Rockland condemned the incident as “mindless, stupid hate”.

“Particularly disturbing for members of the Jewish community. We know our history. We know what this sort of mindless, stupid hate can lead to.”

Sure, as the old jewish canard goes, this incident could lead to “another” Holocaust, even though Bernath admits it “happens all the time” to him, which may explain why he describes himself as “way too complicated for a few words…” on his Facebook page.

Again, we have another example where a Jew tells us what allegedly happened to him, but doesn’t tell you why.  Orthodox Jews are notoriously bad drivers, and they know it, and they don’t care.  A similar incident happened recently in New York City, when a Jew incurred the wrath of a NYPD traffic officer after the Jew ignored the officer’s directions, and when the officer became enraged, the Jew triumphed as the “victim” of antisemitism.  They provoke an incident, then gleefully sit back while the “gentile” proves to the world that he’s an “antisemite”.

Of course, this article fails to address any of the accusations of this irate driver, including how Jews destroy the quality of life in communities they attempt to take over.

And the fact that Bernath  filmed this incident but selectively edited out the part at the end where he and his fellow Jews are accused of being pedophiles shows you just how manipulative and fabricated this entire incident is.  Yes, Jews do, in fact, pretend to cry out in pain as they strike you, and this preposterous incident proves that old Polish proverb to be true.