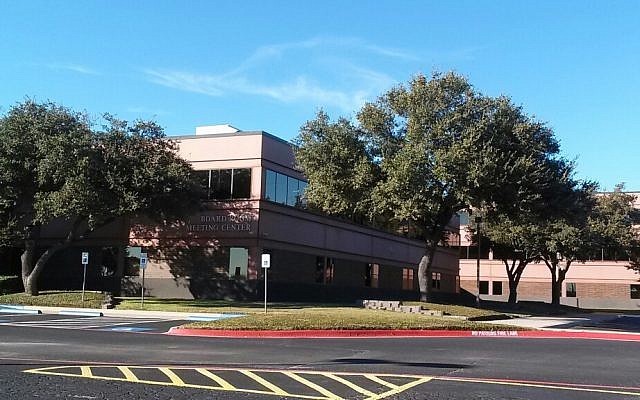 Lauren Gordon, a jewish mother in North Texas, was asked by the local school for proof that her daughter was jewish before she would be given permission to be absent for Yom Kippur:

Proving they’re observing a religious holiday – it’s what some North Texas parents say they’re having to do in order for their children to be excused from school.

When Lauren Gordon sent a letter to her daughter’s school asking she be excused for Yom Kippur, what she got back shocked her.

“I received a response back that says ‘Please send documentation from the religious establishment you attended,’ ” Gordon said. “That response basically told me that they didn’t believe that we were Jewish. That they needed proof. Honestly, it upset me just as much as it made me angry.”

She shared her thoughts on Facebook and the comments started coming in.

“Things like this are outrageous, you need to take action,” Gordon said. “Once my friend started telling me that this is happening to them and that this is not uncommon, I realized it was a bigger issue than just our small school.”

“It is surprising because that has never been a request from schools until recently,” Andrew Paley, Senior Rabbi at Temple Shalom said. ”I’m not sure what to make of it yet. It’d be interesting to know its origins and how it came to be.”

“I looked also at the code of conduct for Garland ISD, which is GISD’s handbook, and it said that all religious holidays are excused,” Gordon said.

Gordon said she reached out to the principal of her daughter’s school with her concerns.

“She formally apologized, said she did not mean to offend us in any way and moving forward this will never be an issue at her school while she is there,” Gordon said.

Now, Gordon said she’s on a mission to make sure it won’t be an issue at other schools either.

“If I have to go to every school district in North Texas to get them to get this I will do that,” she said.

CBS 11 News reached out to Garland ISD. The district confirmed this instance was a mistake and a note from a parent is all students need for religious holiday to be counted as an excused absence.

What the school requested here was reasonable.  If this student is going to take time off of school for a “religious” holiday, then they should have no problem providing the school proof that they actually are followers of that religion.  What this school failed to realize is that Jews are different from everyone else and should not be required like everyone else to play by the rules.   Jews are Jews whether or not they follow Judaism.

Only “Nazis” would make up these rules demanding that Jews prove they are Jews if they are going to claim to be practicing Jews.