Here we present Bertrand Comparet’s sermon, The Great Masquerade, in which he tears the mask off Jewry and exposes them for who they truly are — and are not — and by doing so, he also reveals the deception behind identifying the Anglo-Saxon and kindred peoples of European descent as so-called “Gentiles”.

“The whole Bible is the history of the conflict between our God and the rebel Satan carried on between their children also.  Didn’t you know that they both had children?  Yes, I do mean children, not merely followers.  If you don’t know this, you should read your Bible more carefully.

Luke 3:38 tells us that Adam was the son of God — and surely you know that Adam had children and descendants down through our own generations — right on down to ourselves.  In many other places God refers to his own children.  For just a few of these consider First Deuteronomy 32, verse 19,

And when the Lord saw it, He abhorred them, because of the provoking of His sons and of His daughters. 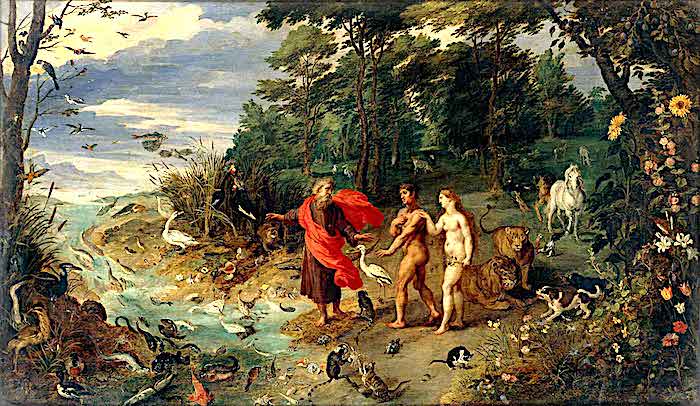 I will say to the north, Give up; and to the south, Keep not back: bring My sons from afar and my daughters from the ends of the earth.

Thus says the Lord, the Holy One of Israel and his maker, ask me of things to come concerning my sons and concerning the work of my hands command ye me.

I have said, Ye are Gods; and all of you are children of the Most High.

He prophesied that Jesus should die for that nation; and not for that nation only, but that also that He should gather together the children of God that were scattered abroad.

For as many as are led by the spirit they are the sons of God. The Spirit itself bears witness with our spirit, that we are the children of God.

As to the children of Satan, this also is affirmed in the Bible from beginning to end.  First in Genesis 3, verse 15, where God tells Satan,

I will put enmity between thee and the woman and between thy seed and her seed. 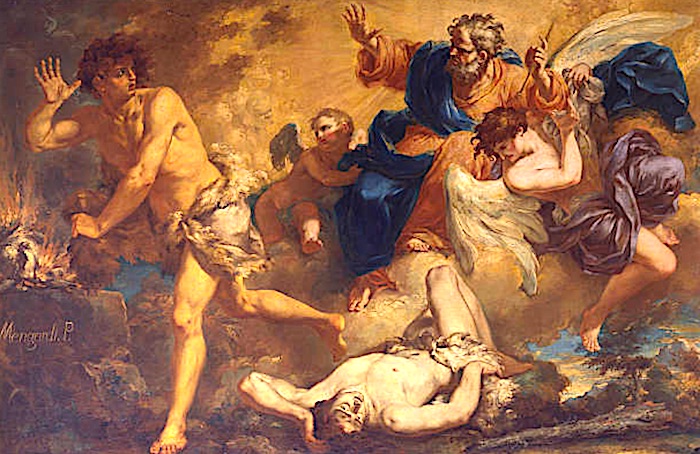 The same Hebrew word for seed or descendants is used in both instances.  So Satan is to have just as literal seed — or children — as the woman — Eve.  Jesus Christ himself affirmed this several times.

In John 6, in verses 70 and 71, Jesus said to His twelve disciples,”Have not I chosen you twelve and one of you is a devil?  And he spoke of Judas Iscariot,” — and Judas was the only Jew among the disciples. 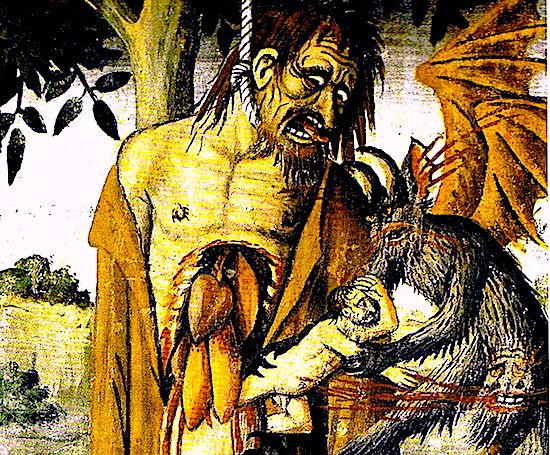 Again, very carefully read the eighth chapter of John, beginning with verse 31 where Jesus said to these Jews,

They tried to masquerade as God’s children, but they couldn’t deceive Him.  They said,

We have one father, even God.  But Jesus said unto them, If God were your Father, ye would love Me: for I proceeded forth and came from God; ye — now he’s speaking to these Jews — ye are of your father the devil, and the lusts of your father ye will do. He was a murderer from the beginning and abode not in the truth, because there is no truth in him. It is My Father that honors Me: of whom ye say that he is your God: Yet ye have not known Him.

Now Jesus was not just using vulgarly abusive language to them — he was stating a biological fact, with scientific accuracy, just as if he had said to a Chinaman, ‘Your ancestors were Mongolians.’

The Apostle Paul also doesn’t hesitate to identify Jews as the children of the devil.  Meeting one in Acts 13, verses 6 to 10, Paul plainly called him “thou child of the devil.”

In the thousands of years of this conflict whenever we’ve remembered that we are the children of God, and we’ve remained loyal to Him and remembered that God himself put enmity between His children and Satan’s children, then we’ve had prosperity and high civilization, with very little crime.  And the wars which the wicked started against us ended quickly with tremendous victories in our favor.

Satan’s tactics have always been the same down through the ages.  First he tries to crush us by force, as the Bible records many times and as we saw a few years ago in Japan’s treacherous attack upon us.  These attacks always fail when we remember who we are and who they are and act accordingly.

Then Satan tries another method.  Since God has given us the victory whenever we remember that we are His children and will have nothing to do with the children of the ways of Satan, then Satan realizes the only way to conquer and enslave or destroy us is to make us forget this division between the children of God and the children of Satan, and get us all mixed together so that our ways will be corrupted by theirs. Our children will learn their evil because they are integrated with their children.  Our government will be controlled by their power and thereby they will make us enemies of God like themselves.  Only when we are in rebellion against God — and therefore do not receive His help —only then can Satan and his children hope to destroy us.

We were warned of this as of all other dangers.  In Deuteronomy 7, verses 2 to 4, we got the first warning.

Thou shalt smite them and utterly destroy them; thou shalt make no covenant with them, nor show mercy unto them: neither shalt thou make marriages with them: thy daughter thou shalt not give unto his son, nor his daughter shalt thou take unto thy son. For they will turn thy son away from following Me, that they may serve other gods: so will the anger of the Lord be kindled against you and destroy thee suddenly.

But we have allowed these Jews to enter our land in vast numbers — multitudes of them were admitted illegally under the Roosevelt administration.  We have allowed them to take control over our commerce, our government, our schools — and now these Jews who hate our God are even laying vile hands on our churches. 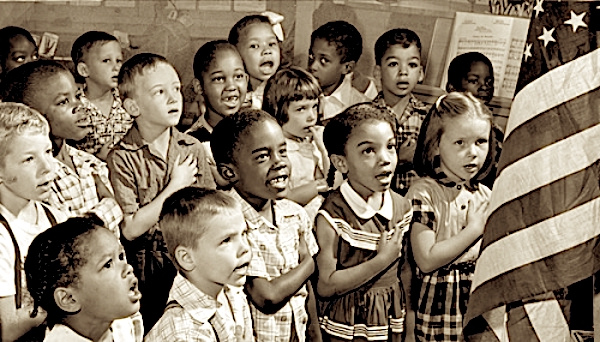 God warned us not to allow them in the land, saying, “For they will turn away thy son from following Me.”

They have done this.  Jewish organizations have made such a bitter fight against any mention of the name of Jesus Christ in our schools that many schools boards have yielded to their pressure.  They sometimes have been able to put some of their own Jewish people into public office where they have ruled officially that we cannot even read one verse from the Bible in our schools because it offends these enemies of God.

Our children are not allowed to hear the name of God in our schools, and now even our churches are being infiltrated and corrupted in the same way.  Under the guise of “inter-faith” movements, supposedly-Christian ministers have been induced to bring into their pulpits rabbis whose official doctrine calls our Savior, Jesus Christ, a liar and a fraud.

To avoid offending these people, supposedly-Christian ministers now carefully avoid preaching anything from the gospel of John.  They practically deny their Savior to please His enemies.  So our children — who cannot hear the name of our God in school — often cannot hear it in their churches either.  The evil of which God warned us has come upon us. 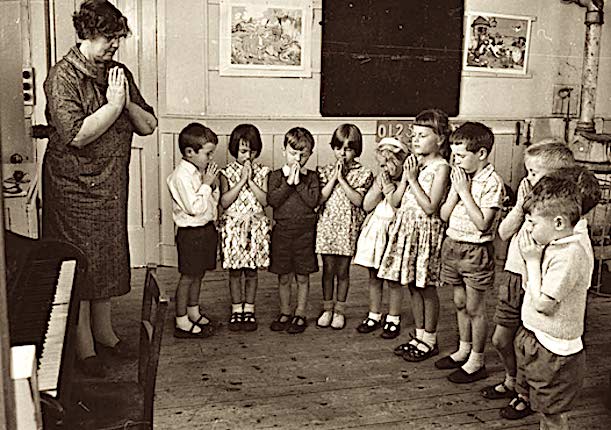 How are Satan’s Jewish children able to do this?  By a great masquerade in which they pretended to be God’s children — and they’ve corrupted most of our clergymen until they no longer tell us who we are.  We received warning of this also, if we would only heed it.  In Second Corinthians 11, verses 13 to 15 says,

Such men are sham apostles, dishonest workmen, masquerading as apostles of Christ. And no wonder, as even Satan himself masquerades as a shining angel. So it is nothing strange if his servants also masquerade as servants of righteousness. 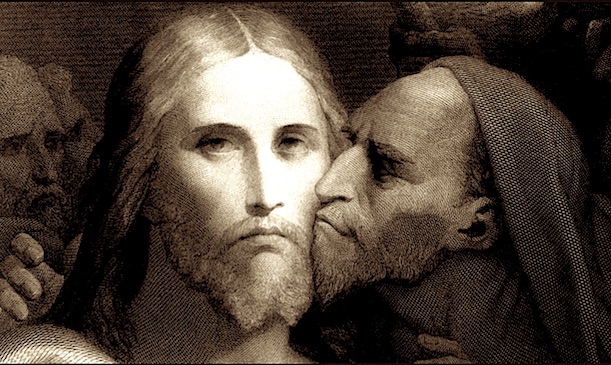 But their doom will fit their actions.  So we are told by these corrupted clergymen that these Jews are “God’s chosen” — that they must be helped to invade and steal other people’s land — that our own institutions must be changed so as not to offend them.  And our churches must abandon Jesus Christ because these Jews hate his name.  And we must abandon our Savior in order to have fellowship with them.  But God warned us not to have fellowship with devils.

All masquerades must reach an end — and this one is almost finished.  Meantime it has nearly succeeded in bringing us to destruction.  But God will save us because we are His children.  Though most of us have forgotten our identity, He has not forgotten.  Masks will be removed, and our true identity revealed. That is, look to your ancestry — recognize that you are Israel, God’s children.  Stop masquerading as “Gentiles”.  And tear the mask off Satan’s Jewish children who masquerade as you.