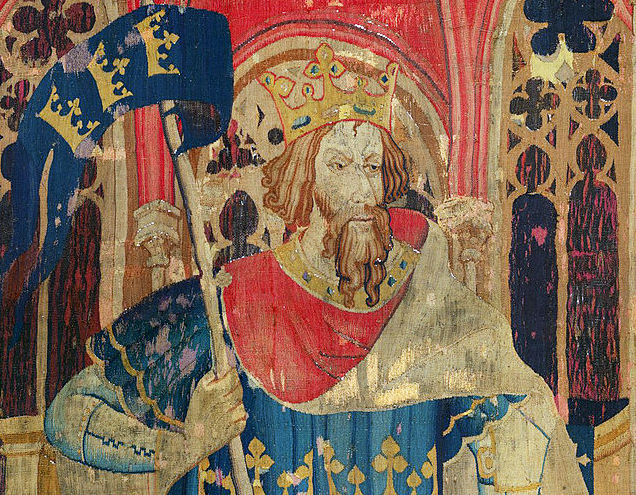 According to Welsh historians, Alan Wilson and Baram Blackett, the whole concept of “Anglo-Saxon” identity and history is a fabrication of the Oxford academic establishment to intentionally obscure the real history of the British people which undeniably connects them to the Khumry of the Assyrian captivity:

Thousands of members of the public in Wales, England, Scotland and across the globe are fully aware of the conspiracy to cover up the truth, perpetuated by the BBC and others in academia and beyond.

Contrary to what many (mostly elite English establishment historians) have tried to tell us, the Britons were a highly advanced, culturally developed, literate, metal-working civilization who had followed Christ and his teachings since 35-37 AD – not the illiterate barbarians that the establishment academics would have us believe.

Any notion of a shared or inclusive Brythonic heritage were forgotten however when the London establishment and Crown imported the German Hanoverian family of the elector of Hanover as their puppet Kings and Queens claims Wilson:

“From this point onwards everything historical had to be politically and religiously redesigned into a suitably acceptable form to promote the new Germanism in England in particular, and Britain as a whole.

“From this time onwards the centuries of assaults upon all ancient British history, heritage and culture, accelerated and increased. Everything British had to go.

“The numerous, strong, culturally advanced British nations had to be transformed into primitive tribes of uneducated barely civilized peasant barbarians and the German origins of the Anglo Saxons needed to be promoted and extolled.

“Periodic control of parts of Britain by the Romans were expanded to an imaginary period of 400 years of total domination and described as ‘Roman Britain’ with all the British dynasties suddenly eliminated.”

Wilson and Blackett are certain that, despite the sudden devastating effects of the crashed comet, there were no dark ages in Britain in the political way we have been led to believe. The major Khumric British Kings continued from at least 500 BC to1300 AD and the Khumric British line of kings persisted right through the greatly exaggerated alleged ‘Roman period’.

“The near 80 successive Khumric Kings, who ruled from circa 500 BC to AD 1300, included King Arthur I (the first Arthur) son of Mascen Wledig of circa AD 345 -400, who did defeat the Romans as Soissons – Sassy and kill the Roman Emperor Gratian as Lyons-Lugdumum in 383 AD. The sixth generations later King Arthur II (the second Arthur) son of King Meurig, who was born in AD 503, died in 579

“What the Academics in London, Oxford, Cambridge, and elsewhere cannot get into their heads is the provable fact that the British line of Kings persisted right through the greatly exaggerated alleged ‘Roman period’ and that there never was any Roman Britain of the order they imagine, and imagine is the correct word.”

“Because it was not possible to murder the entire ancient British nation, the strategy has been to destroy, to eradicate, and to obliterate the vast and entire corpus of all ancient British history. At this present time this deliberate and evil campaign has been largely successful, and the demolition of the truth is gathering pace.

“These organizations have succeeded in transforming the correct image of our ancient British ancestors from being a very well recorded highly civilized, literate, advanced and developed culture that was comparable to anything that Greece, Rome, or Judea, had to offer, into a gross caricature of misrepresentation as a disparate spread of loose primitive near savage tribal peoples.

“The misrepresentation of our ancient British Ancestors is so grotesque as to be almost beyond imagination.”

Of course, the English academic establishment is now top-heavy with Jews who have a vested interest in keeping the real history of the British people hidden from them.  It is from these “trusted” scholars that we’ve been told that the British people are descended from ape-like hominoids such as the pre-Saxon Neanderthals and Cro Magnons, putting them on the same level as ape-like missing links that allegedly roamed the plains of Africa.  This fabrication of history was meant to not only dehumanize and demoralize us but also to intentionally send us down endless rabbit holes in search of our true origins.

In order to justify the true British people being ruled over by non-British Germanic kings, historians fabricated a false common European history that was embodied in the mythical “Anglo-Saxon”.  Of course, the British and Germanic peoples are related, but not the way the court historians allege.  It is that ancient relationship that must be obscured at all costs.