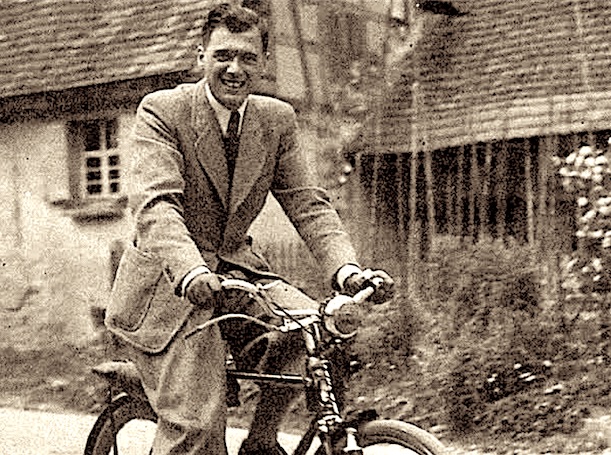 Last November members of the Ontario Medical Association (OMA) voted unanimously to endorse and promote the recent call by an article that appeared in The Lancet to include the Holocaust in the curriculum of all health professionals:

In a commentary last summer titled, “Medicine and the Holocaust – it’s Time to Teach,” [The Lancet’s] editor, Richard Horton, explained that medicine’s success in the 1930s “contributed to its hubris and collusion with a racist political regime.” He also took notice of the recent rise in nationalism and anti-Semitism….

That was music to the ears of Dr. Frank Sommers, a Toronto psychiatrist and child survivor of the Holocaust. When the motion passed, doctors “burst into applause and I was very relieved and gratified,” Sommers told The CJN.

Sommers, a co-founder of Doctors Against Racism and Anti-Semitism (DARA), said teaching about Holocaust-era medicine in medical schools was an idea he’d entertained for years, but The Lancet article provided the impetus for him to take it to the OMA.

The vote followed an impassioned plea from Sommers, who was born in Budapest in 1943, just before the Nazi occupation of the city, and whose immediate family survived by hiding in the basements of bombed-out buildings.

“My larger extended family were shipped, stripped of their human dignity and murdered in the gas chambers and crematoria of Nazi extermination camps, which were planned, produced and directly supervised by German doctors and scientists,” Sommers told the OMA meeting…

Now, “we need to reach out to all medical schools,” Sommers told The CJN. “Faculty needs to signal to young doctors that this is a very real and serious part of medicine. There was a high level of scientific and medical complicity” in the Holocaust.

As the journal Academic Medicine agreed in 2015, the subject “needs to become a mandatory, integral component of 21st-century health professions education, aimed at enlightening health professionals to what went terribly wrong, what can still go wrong, and making sure it does not recur.”

…In Israel, a curriculum module on the Holocaust and medicine became a requirement for all medical students at Bar-Ilan University in 2017. The idea is to integrate lessons from the Third Reich into doctors’ “professional identities.”

In the United States, about 20 of the country’s 140 or so medical schools teach about medicine and the Holocaust, and that may mean only one lecture, according to the Houstan-based Center for Medicine After the Holocaust…

There is a long, disturbing litany of moral failings by doctors during the Nazi years. For one, German doctors and health-care providers joined the Nazi party at a higher rate than any profession, according to the Journal of the American Medical Association, with 45 per cent of them signing up, compared to seven per cent of teachers. They were rewarded with the jobs of Jewish doctors and professors who were ousted from their posts.

Guided by eugenic theories of race, German physicians, nurses and bioscientists forcibly sterilized as many as 400,000 people and “euthanized” another 200,000 disabled children and adults under the so-called T-4 program.

Perhaps the best-known example is Josef Mengele – the “Angel of Death” – a doctor who decided which arrivals to Auschwitz would live and which would die, and who performed barbaric experiments on prisoners.

Of the 20 physicians tried for war crimes at the post-war doctors’ trial in Nuremberg, 16 were found guilty and four were executed.

This article conveniently leaves out the fact that Josef Mengele was not only not tried at Nuremberg, he wasn’t even wanted for war crimes at that point, nor did any witnesses mention him, which is extraordinary considering what a prominent role he allegedly played in Auschwitz lore.

And Mengele wasn’t even the head doctor at Auschwitz.  That post was held by Dr. Eduard Wirths, who received commendations for his work in stopping the spread of deadly typhus among the jewish prisoners.

After the war ended, Mengele was going to turn himself in, but when he learned that he would not receive a fair hearing, he decided to flee to South America, where he spent the rest of his life.

After his death, his private diaries went up for auction, and a wealthy Jew bought them but never published them.  We can be certain that if there was anything incriminating or which substantiated the criminal allegations against Mengele, those diaries would have been reprinted in every newspaper in the world.

That they weren’t tells you what you need to know about this jewish boogeyman, this so-called “Angel of Death”.