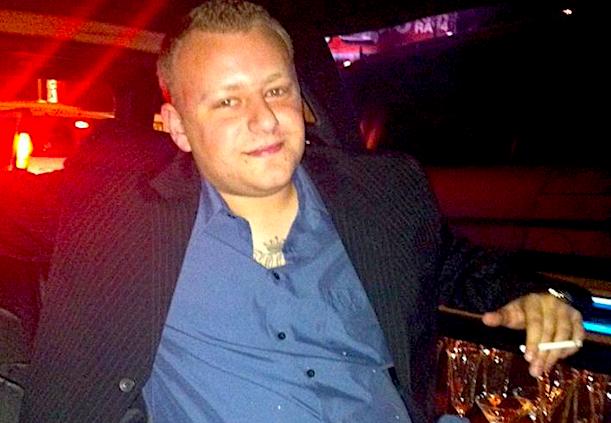 As part of the “Taboo Talks” series presented by the San Diego Center for Jewish Culture at the Lawrence Family Jewish Community Center in San Diego on May 8, 2013, Mike Kulich, the late jewish owner of Monarchy Distributors, one of the largest pornography companies in America, candidly revealed that Jews do, in fact, control and dominate every aspect of the pornography industry:

So back in the 80s, the only way to get pornography was to go through someone like Reuben Sturman, and he controlled all of his stores and all the stores that he didn’t own, they actually had to pay him a tax to carry his product, and he was the only place to get product from, peep shows from. And later what the Jews did they started the manufacturing end of the business. There were a lot of Italians that were coming into the business, but what they [the Jews] did was they created the manufacturing side which is the replication of printing because back in the day if you wanted to make a VHS or Beta tape or whatever, you couldn’t go down to Kinkos or whatever or any mainstream printer. It would be like, I want to print “G**g B**g My Mom Number Three”.

So what they did was they created all these companies that manufactured DVDs and VHS and Beta and printing and all the companies pretty much had to go through the Jews. So Reuben Sturman eventually he died in prison….they tried to get him for obscenity back in the ‘80s, which was a big thing, and there actually still is an obscenity risk today. But he eventually died in prison because of tax evasion, because didn’t want to pay taxes…

So I think the jewish performers, they’ve always been really prevalent in the industry, and even now Ron Jeremy is still one of the most well known performers….Joanna Angel…Daphne Rosen…there’s a bunch of them. And for the most part, the business side is still controlled by Jews. Steve Hersch, who runs Vivid. Steve Orenstein, who runs Wicked. You have me who runs the biggest porn company [Monarch] in the world. Second biggest. But for the most part, the business owners are pretty much Jewish or have Jewish ties, or at some point worked for a Jew in the business to get their start.”

So let’s get this straight: Kulich claims that Jews controlled Hollywood from the beginning, but because of “antisemitism”, Jews couldn’t get jobs working in jewish-controlled Hollywood, so they had no choice but to work in pornography.  That”s what he said, and no one challenged him on that absurdity.  If it sounds familiar, it should because Jews also claim that the reason they engaged in usury is because they couldn’t get jobs doing anything else, and Christians weren’t allowed to lend money at interest.