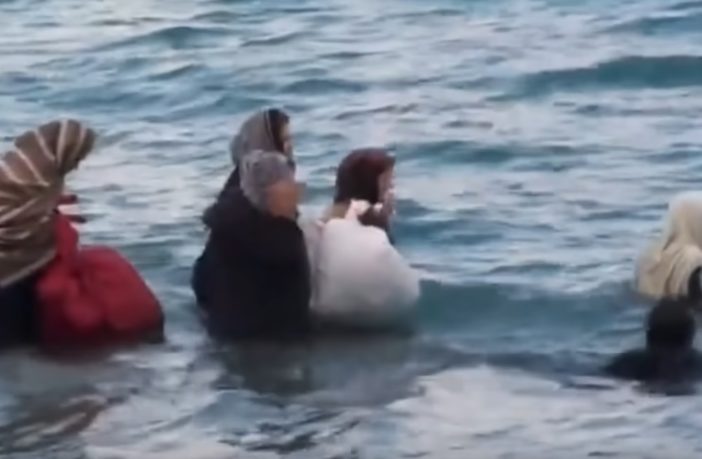 Once again, we have another example illustrating how mainstream media is the real “fake news” – this time with a staged “refugee” drowning scene. And if you recall, it was exactly three years ago that the media used images of a Syrian boy who allegedly drowned near Turkey after a migrant boat tipped over – a propaganda piece timed perfectly for the mass invasion of Europe.

Today we have another “drowning” in the news to persuade Europeans to open the floodgates to Third Worlders – only this time the fake media got caught:

A Czech tourist in Crete noticed a television camera team were shooting a scene of “drowning refugees”, and luckily recorded the event on his mobile.

The tourist comments sarcastically about the way this fake news will be presented as a real event on television soon. The video became extremely popular on the Czech internet, but so far has been ignored by the mainstream media.

This follows a history of supposed migrant drownings filmed by television crews which are then broadcast by the mainstream media. Pictures and clips of migrants have been shared widely to manipulate public opinion and generate sympathy. This is one of the first times such a piece of fake footage has been captured by a member of the public as it was happening.

The question that arises therefore is how much we should trust the narrative from the mainstream media when it seems they are willing to distribute fake news stories such as these.

The mainstream media has been caught a number of times before staging fake drownings and rescues, so it should come as no surprise that having gotten away with this fraud in the past, that they wouldn’t continue to do it.

These fake videos are intended to influence our emotions, not our intellects.

All pro-immigration arguments are emotional, not rational – and they are mostly directed at women to prey on their innate sympathies for those who need help. Pro-migrant groups will blatantly lie to get their way, and it is naive to think that they will play fair. Truth is not on their side, which means that they must lie to gain popular support.

Here is the original video: