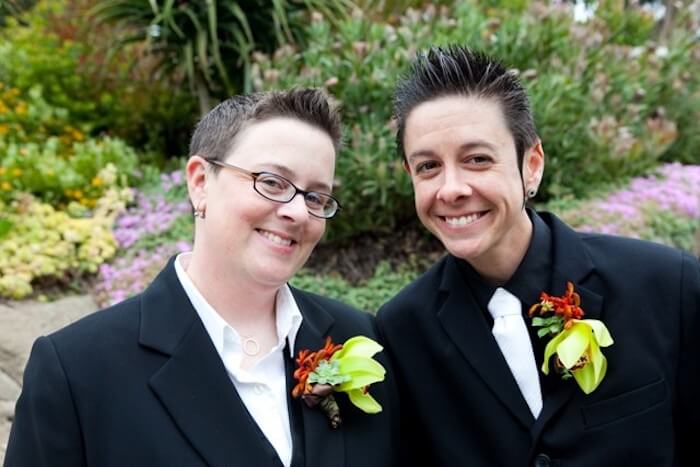 A new schism has emerged among the LGBT deviants.

Traditional “transphobic” lesbians are demanding the “L” be removed the from the LGBT grouping:

An organization for lesbians has launched a formal online blast at LGBT activists for calling them “transphobes” and they want the LGBT coalition to drop the “L.”

Biology does make a difference, a big difference, they insist, and it’s not enough to simply “identify” as being of a particular gender.

The argument appeared in a letter the Lesbian Rights Alliance in the United Kingdom recently posted online that was directed toward Stonewall, the U.K. organization that campaigns for LGBT causes.

“Stonewall does not recognize or represent the many young women who reject conventional feminine stereotypes in appearance and sex roles, and who become lesbians at puberty,” the letter charged.

“Instead, you support the trans argument that many gender non-conforming lesbians must really be men, born with ‘male brains’ in the ‘wrong body.’”

The organization is demanding Stonewall stop claiming to represent lesbians, ordering the group to “Remove the L from LGBT.”

Lesbians seem to object to the idea that they are just one of many mentally ill groups of gender-confused deviants, and they resent being lumped in with the “radical” elements among that group.

After all, “traditional” or “old school” lesbians are actually quite “conservative” these days. They see themselves as “normal” queers compared to this new generation of multi-faceted non-binary, non-gendered revolutionaries.

This is how the radical left will consume itself without our help.