Trains In Belgium Delayed 10,000 Minutes in 2019 Because Of Migrant Theft Of Copper Cables 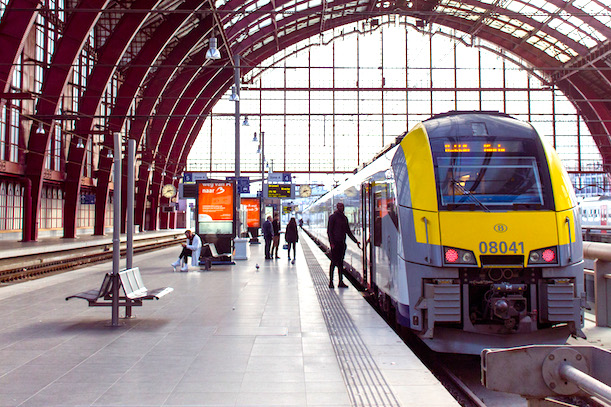 Since the beginning of 2019, there have been 124 cable thefts on the Belgian rail network, incidents that have caused trains to be delayed by 9,497 minutes or nearly 158 hours, according to reports:

These petty thefts notably concern the tracks between Gembloux and Namur, like those that occurred last weekend and on Monday, Le Soir, L’Echo and L’Avenir reported on Tuesday.

Rail infrastructure management company, Infrabel, experienced a historic peak in the number of thefts in 2012. “Over that year, we recorded 1,360 incidents. That represented 113 thefts a month. In 2019, since the beginning of the year, we identified 124 incidents up until August 1,” spokesman Frédéric Sacré explained in L’Avenir.

These repeat events pose serious problems for Infrabel. “We have two black areas at the moment. The Liège region, firstly, where we have been recording a theft every other night since June, and the Charleroi region where the number of cable thefts remains steady. These three thefts between Namur and Gembloux, near the main road network, have now to be added. Our teams on the ground are greatly in demand, whereas they should currently be maintaining railway point heaters to avoid problems this autumn and winter. There is a danger they will be lagging behind in this area,” he told L’Echo.

Infrabel is, therefore, sounding the alarm. “It is necessary to cry ‘fire’ when it happens, not when the house has burned down! We are dealing with thieves who have become professionals and we cannot wait any longer for the phenomenon to get out of hand. We continue to accept our responsibilities, notably at the technical level, but there is a need for a global response,” the spokesman appealed in Le Soir.

This used to be a problem rampant only in African nations and areas heavily populated by Blacks in America, but now that western Europe has been racially “enriched”, it is also enjoying a spike in Third World-type crimes, like stripping the public infrastructure of anything that can be sold to junk dealers.

Trains in Belgium, historically at least, have run with high levels of efficiency, similar to Germany, yet in the wake of the migrant flood, the trains are running more like what you’d expect in Italy.

Of course this article, because of strict rules of political correctness, cannot point out that this problem is largely caused by migrants, nor can the police acknowledge it either.  Rather they call the thieves “professionals” which might mislead the public into thinking that White people are to blame, but no one with any common sense would believe that.

Ask the South Africans what effect a large Black population has on the railway system there, and you’ll find out what’s in store for Belgium in the near future.