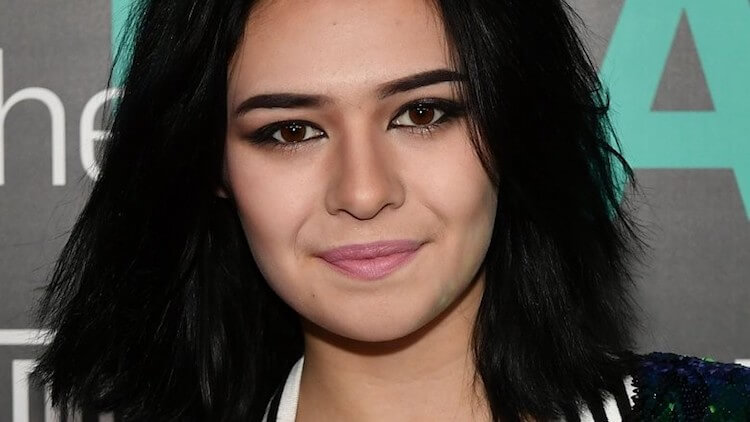 The controlled media continues to push the limits of degeneracy and perversion – now with a “transgender superhero” named Nia Nal:

Supergirl is set to become the first TV series to feature a transgender superhero.

Nicole Maines, who is transgender herself, is set to play the part of Nia Nal in the Sky One show.

Ms Maines, 20, said in an interview at a Comic-Con event in San Diego, California: “A lot of shows are introducing trans characters to their casts because this is such a hot topic issue right now and it’s so important in our society.”

She added: “You know it seems fitting to have a trans superhero – Supergirl stepped up and I stepped in.”

Jews are the authors of confusion, and Hollyweird always appears on the vanguard of pop culture pushing the envelope of what is acceptable and edgy.

And this Supergirl show is marketed to children – supposedly that lucrative untapped “transgender” youth market that’s been “demanding” recognition.