Trump Appoints Jewish Dermatologist from L.A. as Ambassador to Iceland 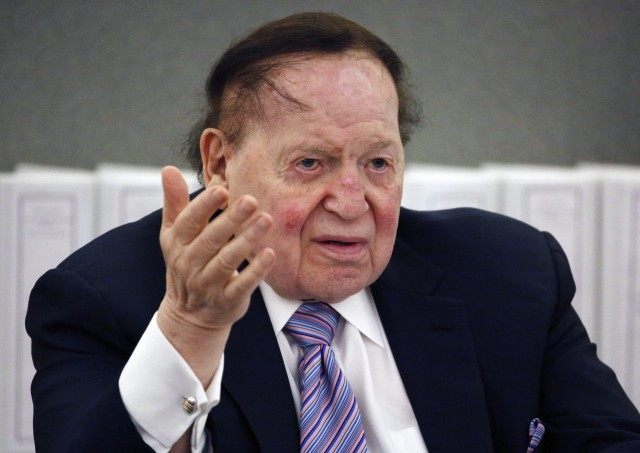 At the behest of top donor Sheldon Adelson, Donald Trump continues to stack his administration with more and more Jews, adding Samantha Ravich as a top national security advisor, and now a dermatologist from Los Angeles as his ambassador to Iceland:

President Trump on Tuesday nominated a leader of the Republican Jewish Coalition to become the next U.S. ambassador to Iceland.

Mr. Trump tapped Jeffrey Ross Gunter, a dermatologist from California who was a significant donor to Mr. Trump’s 2016 campaign. He also served on the finance committee of the Trump transition team.

Dr. Gunter serves on the board of directors of the RJC, founded in the mid-1980s by Trump ally and casino magnate Sheldon Adelson. In 2016, RJC leaders including Dr. Gunter served on a major fundraising campaign with the Republican National Committee for the Trump Victory Fund.

The White House said Dr. Gunter is also a health care executive at his own company, providing rural community dermatological services. A graduate of the Keck Medicine Center of the University of Southern California, he speaks Spanish, French and Dutch.

One might be tempted to ask why a jewish multimillionaire dermatologist living in sunny California would want to be sent to the cold tundra of Iceland, a country with a population of less than 400 Jews, but that would be antisemitic.

Iceland is in the proverbial cross hairs of powerful Jews, like Sheldon Adelson, because they dared to kick out the international banking cartel that controlled the country.  And more recently, Iceland caused an international crisis by making infant circumcision illegal.

Clearly, Dr. Gunter is being sent to Iceland to talk a little sense into them.  After all, first they outlaw circumcision, and before you know it, they’ll be putting Jews in ovens.  Something must be done about this “rogue” nation.