Trump Celebrates Destruction of Enemies of the Jews on Yom Kippur 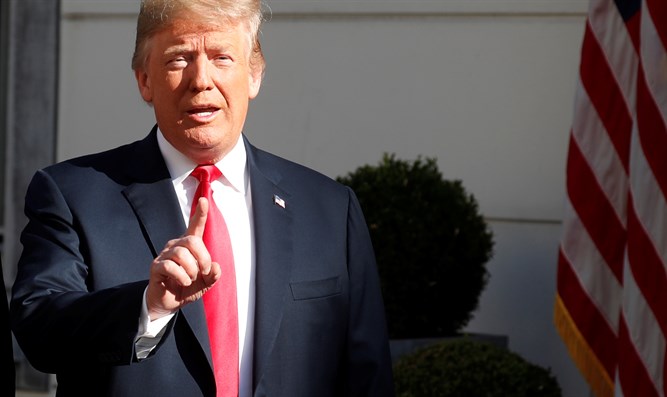 Today is Yom Kippur – the holiest day for Jews all around the world.

While unknown to most non-Jews, Yom Kippur includes prayers to absolve Jews of their alliances and promises made to non-Jews — the infamous Kol Nidre — as well as the ritual sacrifice of animals.  For those who are familiar with President Trump’s extremely close ties to powerful Jews, it should come as no surprise that he is celebrating this jewish holy day:

Melania and I send our warmest greetings to all Jewish people on Yom Kippur, the holiest day of the Jewish faith.

Yom Kippur is a day of atonement, prayer, and fasting, and is the last day of the Ten Days of Repentance. Yom Kippur provides an opportunity to draw nearer to God through the practice of teshuva (repentance) in accordance with the words of Leviticus: “For on this day shall atonement be made for you, to cleanse you; from all your sins shall ye be clean before the Lord.”

Melania and I pray that you are all inscribed in the Book of Life and hope this period of reflection and repentance leads to a deeper relationship with God. We send our best wishes for a meaningful Yom Kippur and a Gmar Chatima Tova.

Trump has always been a “good goy” for his handlers.

Here is more of an explanation about what Yom Kippur is really about:

This is the holiest day in the jewish religious calendar and is a celebration of animal sacrifice in atonement for the sins of the Israelites. Its central object is to absolve the jews of sin via the medium of animal sacrifices and pray for the swift return of burnt offerings in a rebuilt Temple of Solomon in Jerusalem.

During the services the infamous Kol Nidre (lit. ‘All Vows’) prayer is said, which absolves jews of all promises and oaths made to non-jews (although this does not apply to oaths made to fellow jews) and allows them to be ritually and legally absolved of any ties to those considered as unclean in Judaism (i.e. non-jews).

Whilst just before Yom Kippur the ‘sin offering’ of a cockerel is made by the jewish individual swinging said cockerel round their head for several minutes while it is still alive before then proceeding to slit its throat and then pray as its lifeblood spurts out. This is a ritual called Kapparot. The cockerel is held to be vessel by which all the individual jew’s sins are transferred and then absolved by the killing of the same.

The cockerel itself is held to be a symbolic sacrifice of a human male because the Hebrew word for ‘man’ (‘geber’) is the same as the word for ‘cockerel’. It has been suggested, most notably by von Leers, that this ‘sin offering’ is the basis for historical reports of groups of highly religious jews committing ritual murders in and around the time of Yom Kippur.

Below are a few clips of the jewish Kapparot ritual where chickens are abused by Jews and then slaughtered: