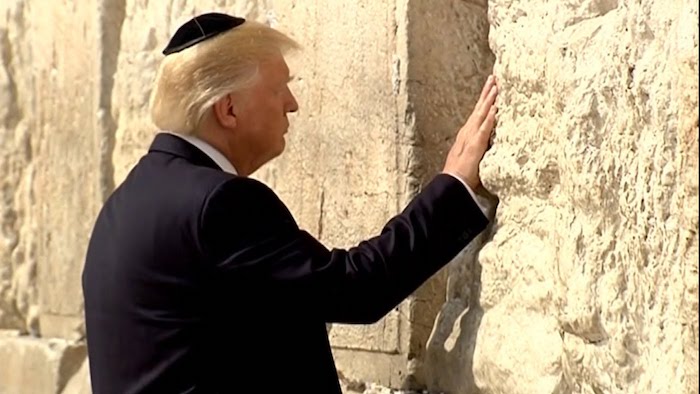 Trump has revealed to the world, for those with eyes to see, where his true allegiances lie – and who his puppet masters are.  At the same time he helps to deport a harmless 95-year-old American man to Germany to face charges for something that probably never happened over 70 years ago, he pardons a wealthy Jew who was convicted and sentenced to 27 years in prison for financial crimes against the American people, hiring illegals and children, and also producing meth at his kosher slaughterhouse.

First, we have the deportation of Jakiw Palij for alleged crimes committed during WWII:

Meanwhile, the pardon of a wealthy Jew:

Sholom Rubashkin, the former chief executive of the largest kosher slaughterhouse in the US who was convicted of bank fraud and money laundering, is currently in Israel and visited the Western Wall Friday morning.

Rubashkin, who is from the Chabad community, was convicted in 2009 of defrauding two banks that had provided his business, Agriprocessors, with loans, while charges relating to the use of illegal immigrants were eventually dropped and he was acquitted of charges regarding the use of child-labor.

He was given a heavy sentence of 27 years imprisonment for his crimes, but the sentence was commuted by US President Donald Trump in 2017 after he had served eight years, citing bipartisan support for his release, including from four former attorneys-general and 45 members of Congress.

Rubashkin’s trip to Israel is his first since he was released and he arrived in the country on Thursday.

He attended a “Sheva Brachot” celebration following the wedding of Rabbi Eliezer Sorotzkin, head of the Haredi Independent Education System on Thursday night where he made some remarks about his visit.

“I came to the Holy Land to give thanks at the Western Wall for the great miracle, and to thank all those who prayed for my release,” Rubashkin said at the event, the Chabad On Line news website reported.

No doubt, the 97 year old former “Nazi” will be convicted of imaginary charges against un-named victims and spend the rest of his life rotting away in a German prison, while this Jewish financial swindler enjoys his ill-gotten millions on a beach in Israel.

Trump “earned” his fortune by being the “goy” public face for Jewish financiers and crime bosses in New York City.  His children married Jews, and most of his grandchildren are Jews – so no one should have any trouble figuring out the identity of the hidden hand who feeds Trump – and whom he dares not bite. 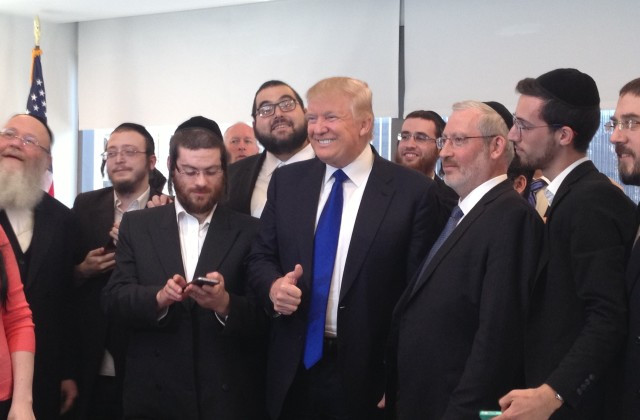