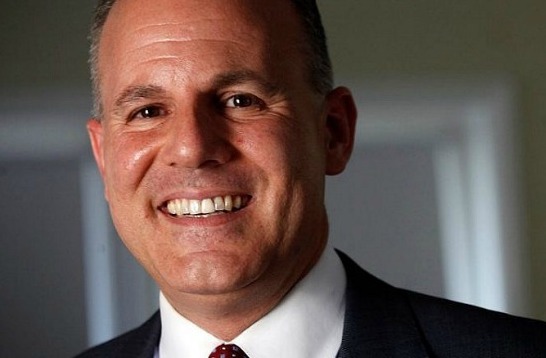 The State Department’s new envoy on antisemitism, Elan Carr, addressed American Jewish leaders gathered for a conference here, and praised President Donald Trump for his commitment to fighting that bias:

Carr, 50, a Hebrew-speaking former Los Angeles prosecutor who served with the U.S. Army in Iraq, was named as the special envoy for monitoring and combating anti-Semitism earlier this month. The post, which was held by Ira Forman under President Barack Obama, had sat empty for the first two years of the Trump presidency despite protests from lawmakers and Jewish groups.

“My office was created by law and designed to protect the Jewish people throughout the world. Think about that,” Carr said Thursday. “The world’s greatest power is focused, by law and design, on protecting the Jews. It’s something not to be taken for granted.”

Carr declared that the president “could not be more passionate about the issue” of fighting anti-Semitism and had “spent considerable time speaking about anti-Semitism in his State of the Union address.”

In the Feb. 5 address, Trump referred to anti-Semitism as a “vile poison” and a “venomous creed,” and introduced survivors of the October shooting at a Pittsburgh synagogue.

Carr, who was in Israel to meet with government officials and members of civil society, also praised Secretary of State Mike Pompeo, saying that Pompeo “couldn’t be more determined” to wipe out the “disease” of Jew hatred.

“Pompeo speaks about this at every opportunity and is passionate about it,” Carr said. “It’s the business of this administration and of the United States to fight anti-Semitism.”

Carr was adamant that the White House would “not ignore any part of the ideological spectrum” and would go after anti-Semitism “regardless of the ideological clothing in which it dresses itself,” from ultranationalism on the right to left-wing anti-Zionism. Some Jewish groups belonging to the Presidents Conference, an umbrella representing a range of political ideologies, have been concerned that a Department of Homeland Security program on countering violent extremism was shifted during the Trump administration to focus solely on Muslim extremism and not white nationalism.

Among the threats Carr cited were traditional forms of anti-Semitism such as “statements of government officials who call us internationalist outsiders who subvert society” and attacks by those who say that Jewish advocacy for immigrants is a threat to America. The gunman charged in the Pittsburgh shooting was reported to have railed against Jewish support for immigrants’ rights.

“Anti-Semitism is a human sickness and rots to the core every society that embraces it,” Carr said.

FDR — whose cabinet was up to its eyeballs in Jews and/or communists — was first to claim that America would be the “Arsenal of Democracy,” but what he really meant was that America’s military power would be used to promote and defend jewish values, which includes, but is not limited to, “globalism” and “Zionism” two of the cornerstones of so-called “democracy” today.

And the great American poet and FDR nemisis, Ezra Pound — once observed, “Democracy is now currently defined in Europe as a ‘country run by Jews’.“

And make no mistake here — Carr’s comments couldn’t make it more clear that the Jews are literally trying to pathologize any criticism of Jews for any reason.

Jews, like all people, need to face fair criticism — and answer to it — but making Jews immune to criticism will only hurt Jews in the long run.

They would like nothing more than to make “antisemitism” a recognized mental disorder that can/will be treated by forced medication and “de-nazification” therapy.

Anyone who opposes Jews is “sick” regardless of political affiliation — and from now on, it will be the primary role of America to punish anyone anywhere who even looks at a Jew the wrong way.