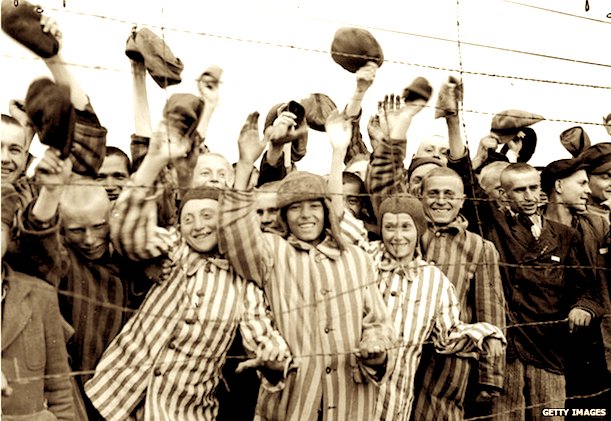 A recent poll in Italy has revealed that over the last 15 years, the number of people who now correctly believe that the Holocaust never happened has increased a whopping five fold:

More than 15% of respondents to a poll in Italy said the Holocaust never happened.

The results are part of the annual Italy Report of the Eurispes published Thursday. The poll by the nongovernmental organization probes Italians’ views on a number of subjects, including the credibility of the government, the media and history, this year including the Holocaust.

The prevalence of Holocaust denial among the 1,120 Italian adults surveyed is more than five times higher than in the 2004 edition, when 2.7% of respondents said the Holocaust never happened.

Nearly 24% of the respondents said Jews control the economy and media, and 26% said they control U.S. policy.

About 20% agreed with that statement that many think that Benito Mussolini, Hitler’s ally and mentor and the father of 20th-century fascism, “was a great leader who only made a few mistakes.”

This is proof of the triumph of historical revisionism that has been relentlessly pounding away at the official jewish version of WWII.  And some of the most prominent revisionists are Jews themselves.

The Jews, as they always do, have over-played their hand with the Holocaust.

The whole purpose of lying about the Holocaust was to originally use it to generate international sympathy to justify the foundation of the ersatz State of Israel, which it did.

After the Jews got Israel, they should have let the Holocaust fade away as a relic of war propaganda, but instead they have used it has a “Get Out Jail Free Card” anytime a Jew anywhere in the world gets accused of a crime.

They also use the Holocaust to justify ‘hate speech’ laws to shut down any criticism of Jews anywhere in the world for any reason.

In a fit of paranoia, they made Holocaust denial a crime in many countries, even throwing a 91 year old grandmother in prison for sharing meticulous documentation that the Holocaust could not have happened.

When you start throwing grandmothers in prison for not believing you, your lies are on life support.

So many Jewish eyewitness accounts are so unbelievable and preposterous that even mainstream jewish historians are having to back off on many of these ‘testimonies’ as ‘inaccurate’, such as the ludicrous macabre tales of Josef Mengele.

And more than anything else, it has been the internet that has helped destroy the jewish fables upon which the house of cards known as the Holocaust has been built.

And no amount of Holocaust “education” with young, impressionable school children is going to work.  They’ve tried that for 30 years now and more people than ever find the Holocaust dubious at best.

Every day millions of new people are exposed to some aspect of historical revisionism online, and all it takes is one powerful, insightful meme to send the whole edifice of lies to come tumbling down.

Herman Rosenblat, the “Holocaust survivor” who got caught in his lies: