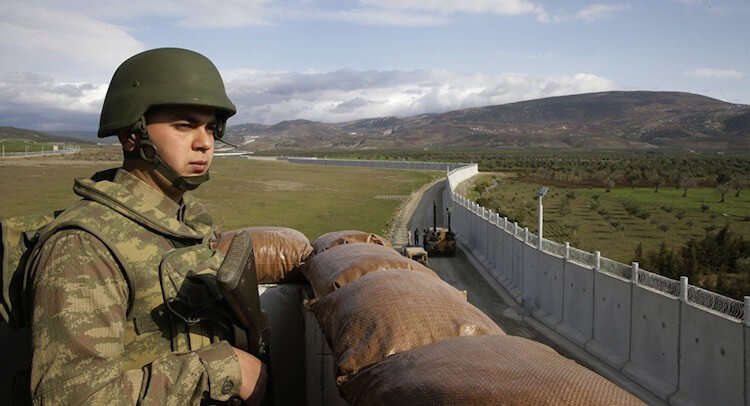 “Last week the news was announced that Turkey has completed its border wall with Syria, expressly aimed at combating the illegal flood of people through its previously porous Eastern border.

Despite them being the loudest proponents of the globalist “bridges not borders” ideology, the European Union contributed an eye-watering €80 million towards this project.

The wall is 3 metres high and equipped with a range of technological features, including thermographic cameras.”

The purpose of this wall, allegedly, was to help keep Syrians out of the EU. However, no doubt the EU will continue to take in Syrian “migrants” despite the wall.

When Turkey builds a wall, it’s within its rights. When any White country wants a border wall, it’s racist.