U.K. Labor Board Rules That Doctor’s Christian Beliefs Have ‘No Place’ in British Society 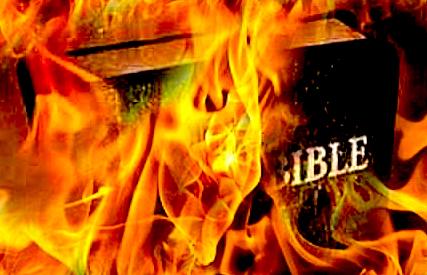 A British doctor has warned that a dangerous precedent has been set after a tribunal ruled that he was rightfully terminated for refusing to use transgender pronouns, and that his Christian values clash with those of UK society:

Dr. David Mackereth was fired from his job at the Department for Work and Pensions (DWP) after telling his manager that in a hypothetical scenario, he would never “call any 6-foot tall bearded man madam.”

The case was brought before a Birmingham employment tribunal, which said in its ruling that the government department had every right to sack Mackereth, and that the doctor’s biblical beliefs have no place in British society.

Belief in Genesis 1:27, lack of belief in transgenderism and conscientious objection to transgenderism in our judgment are incompatible with human dignity and conflict with the fundamental rights of others.

Speaking to RT, Mackereth said that the ruling has profound and troubling implications for freedom of speech and conscience in the UK.

The question here is whether I can be forced to do something and to say something that goes deeply against my conscience.

He said that the judgment means that “you’re not allowed not to believe the transgender movement’s maxims,” while “core” Christian beliefs have been labeled as unfit for modern life.

Mackereth plans to appeal the ruling.

This government ruling should shock no one.  In fact, we should probably welcome it because at least now the native British people will truly get a taste of what life will be like without any “stuffy” Christian morality to “dictate” their behavior or protect them from that behavior.

White Christians abdicated their control over British society after World War II, allowing a Jewish ethos, allegedly “justified” by the Holocaust, to replace the dominant Christian morality with Jewish multiculturalism and moral relativism.  Post-war Brits, especially the baby boomer generations, were far too “sophisticated” and “enlightened” to believe in old-fashioned, fuddy duddy Christianity.  That was strictly for “squares”.

And into that moral vacuum waltzed the atheistic Bolsheviks with their bread and circuses, including the “human right” to have a State-sponsored television in every living room.  No matter how poor you were, they made sure that television and alcohol remained affordable.  It was just a matter of time before bearded men became women and Mohammed became the most popular baby name in England.