U.K. Schools Tricking and Coercing Autistic Children Into Believing They Are Transgender 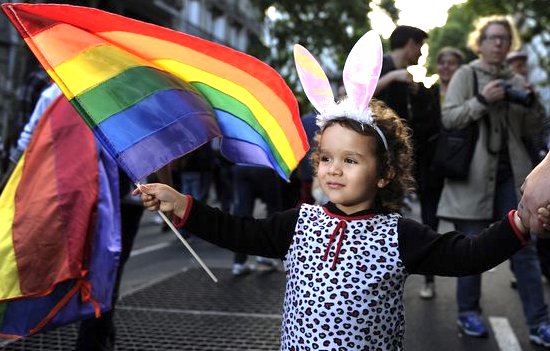 A whistleblower teacher at a U.K. elementary school has been compelled to go public after witnessing how the school administration has manipulated young autistic children into falsely believing they are transgender:

An astonishing 17 pupils at a single British school are in the process of changing gender, The Mail on Sunday can reveal.

Most of the youngsters undergoing the transformation are autistic, according to a teacher there, who said vulnerable children with mental health problems were being ‘tricked’ into believing they are the wrong sex.

The whistleblower says few of the transgender children are suffering from gender dysphoria – the medical term for someone who feels they were born in the wrong body – but are just easily influenced, latching on to the mistaken belief they are the wrong sex as a way of coping with the problems caused by autism.

Earlier this year, The Mail on Sunday revealed that a third of youngsters referred to the NHS’s only gender identity clinic for children showed ‘moderate to severe autistic traits’.

It means that 150 autistic teenagers were given puberty blocker drugs which stop the body maturing.

The teacher says she felt compelled to speak out to protect pupils, many of whom she believes could already be taking the powerful drugs and may go on to have life-changing surgery.

She believes schools and some politicians have swallowed ‘hook, line and sinker’ a politically-correct ‘fallacy’ peddled by a powerful transgender lobby.

She has asked The Mail on Sunday to conceal her identity for fear of dismissal after almost 20 years as a teacher. But in a shocking interview, the woman, who we shall call Carol, tells how:

She was advised to keep parents and other teachers in the dark if a pupil claimed to be transgender;

Older pupils at her school who changed gender ‘groomed’ younger, mainly autistic students to do the same;

One autistic teenager is soon to have a double mastectomy;

Pupils who say they were born the wrong sex mimic transgender YouTube stars Carol believes are partly to blame for convincing vulnerable children they have gender dysphoria.

…The teacher, who has her own child, also believes many of those who say they are the wrong sex are simply gay but would face bullying if they were to ‘come out’. By contrast, she says, transgender children at the school are idolised by other pupils.

She has also raised concerns that many teachers are now too scared to challenge students’ claims they are transgender because they fear being sacked or sued for being transphobic.

The 17 pupils now identifying as transgender are following in the footsteps of a teenager who has now left the school and is planning a double mastectomy.

It would be easy to blame the teachers and the school for this child abuse, but that’s exactly how we’re supposed to react — they want us to demand that the schools change their LGBT policies but not completely reject them.  The children are confused because the parents are confused and don’t know what to do with them.  At the heart of this controversy is the fact that these autistic children are vaccine-damaged, but they want parents to focus on this transgender issue so that they never demand answers to why their children are autistic in the first place.

And if the children are too afraid to speak out against transgenderism, you can bet the parents are the same way.  Everyone is silenced by fear that they will be socially ostracized for speaking out against the abomination of the LGBT agenda being forced on our children — and parents who dare question the safety and effectiveness of vaccines run the risk of having their children taken away from them by Child Services.  If our jewish ruling elite could completely have their way, all of our White children would be autistic transgender mental cases who would never oppose them.