U.K. Teacher Who Stated “Every Sane Human Is Antisemitic” Found Not Antisemitic 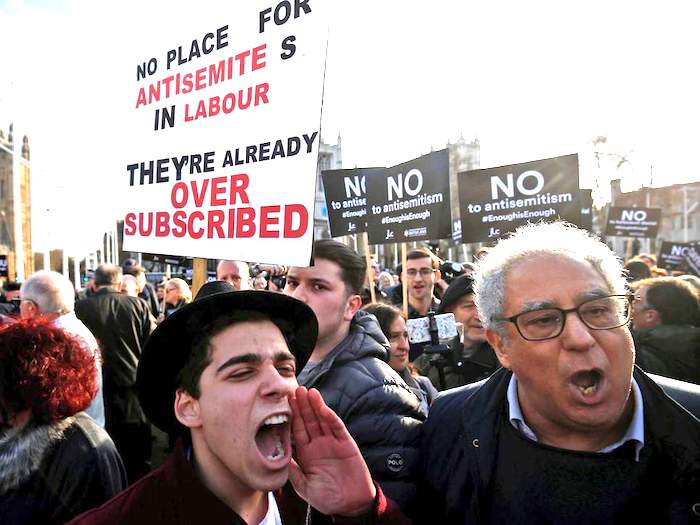 A government ethics panel in the U.K. has reinstated a teacher who made numerous public criticisms of Jews and Israel on Facebook, concluding that his comments were not, in fact, antisemitic:

A government ethics review panel in the United Kingdom said that a teacher who it had suspended for inveighing against Jews and Israel “is not anti-Semitic.”

The assertion came in the summary by the country’s Teaching Regulation Agency of a disciplinary review last month of the actions of Harpreet Singh, 48, who was head of mathematics at Sandye Place Academy in Bedfordshire, 80 kilometers (50 miles) north of London, the BBC reported Tuesday.

However, the misconduct panel banned him from teaching.

He had been suspended from the school in June 2017 and was later fired after concerns were raised by colleagues about his social media posts.

The misconduct panel, which banned Singh from teaching until at least 2021, found that he had made “offensive and racist” comments on Facebook including one which said: “Every sane human is anti-Semitic. Because you bastards have made Zionism synonymous with the mistreatment of Palestinians. Billions are anti-Semitic and proud of it.”

In another, he posted: “Of course we hate Jews. Israel is the most evil regime on the planet. Supported by Jews from within, and from around the world.”

But the panel said in its review that it “accepted that Mr. Singh is not anti-Semitic. It also accepted that he was not trying to impact upon or influence children or the public, as he did not realize his comments were public. His actions were impulsive and were made in response to something which offended him, and were said (in his opinion) as an attempt to defend the Palestinians.” Singh also wrote that “Israel should be wiped off the planet.”

The panel also heard that Singh had searched the internet for alcohol and properties during lessons.

This is an obvious case of non-White privilege.  An Indian cannot be an antisemite–that smear is reserved only for White people, preferably Christians.

A drunken dot-head ranting about Jews online is not a threat to anyone, even if he is a public school teacher who influences young children.  But if he were a White male school teacher, there would be no conceivable excuse for his behavior, and not only would he be fired, but he would probably face prison for “hate crimes.”

Jeremy Corbyn has never stated anything nearly so antisemitic as this brown Indian teacher, but Corbyn is smeared as an antisemite everyday in the press–along with calls for his resignation.

Now we all can see what the true agenda is with this jewish smear campaign.