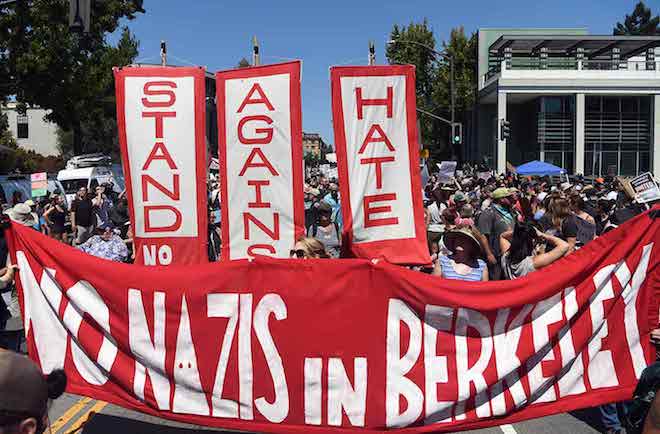 A new report from the United Nations laments that despite their continuing efforts to promote their nation wrecking, anti-White  agenda, there has been a huge rise in “neo-nazi” websites and groups that oppose them:

A “dramatic” rise in the number of websites and social media platforms hosting racist content is enabling neo-Nazi and other ultra-right groups to disseminate hate speech and incite violence, a United Nations (UN) expert has warned.

Tendayi Achiume, the organisation’s special rapporteur for racism, said there had been a 600 per cent increase in the number of white supremacists espousing their views on Twitter since 2012.

This, coupled with the proliferation of thousands of websites dedicated to far-right movements, contributed to a “growing climate of intolerance”, she added.

“At the core of neo-Nazism ideologies lies a hatred of Jews, as well as many other racial, ethnic, and religious groups. These ideologies also vilify lesbian, gay, bisexual, transgender and intersex people, and persons with disabilities, and in some cases women,” she said.

The role social media plays in furthering racial violence and the far right was put under the spotlight at the weekend after a gunman shot dead 11 worshippers at a synagogue in Pittsburgh.

Prime suspect Robert Bowers who has entered a plea of not guilty to federal charges, was nonetheless an active participant on the Gab social media network, which was created in 2016 to counter the perceived left-leaning bias of traditional social media platforms.

The company, which has been repeatedly criticised for allowing violent and far-right content on its platform, was taken offline after the shooting following a decision by the hosting provider, GoDaddy.

The tech company’s website said “violent or dehumanising speech, statements of inferiority, or calls for exclusion or segregation” were banned…

But Ms Achiume said tech companies still needed to do more to ensure their platforms did not provide a safe haven for extremist groups or allow the spread of “extremist, sensationalist, conspiratorial” news.

“Action is required by more states to implement anti-hate speech laws and ensure equality and non-discrimination including online, in accordance with international human rights law,” she said. “Criminal and civil penalties alone will not put an end to racial and xenophobic intolerance.

“A state’s first step must be explicit recognition that the proliferation of nationalist populist mobilisations and neo-Nazi groups threaten racial equality.”

Racial equality does not exist, so it is impossible for racist websites and groups to “threaten” it.  The only threat to “racial equality” is the fact that it is a jewish fantasy based on nothing but an extreme hatred of White people and a desire to subvert and destroy their societies using non-White immigration.  There would not be a proliferation of pro-White websites were it not for powerful Jews pushing their nation-wrecking agenda in the media 24/7.

The jewish-controlled media has virtually blacklisted any dissenting voices to their radical agenda, while at the same time powerful jewish lobby groups like the Anti Defamation League and the SPLC are pushing legislation to make anyone who objects to their agenda a criminal who can be thrown in jail just for exercising their freedom of speech. It is this treachery that creates “antisemitism” and “racism” plain and simple, and until Jews come to terms with their responsibility in the rise of “hate”, they can only expect to see more of the same.