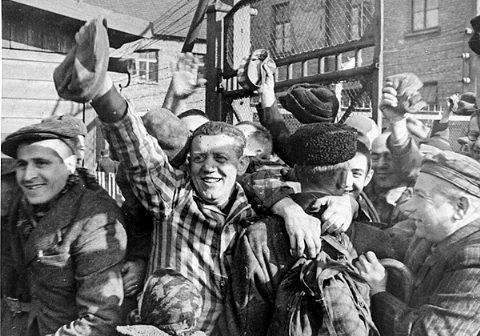 The so-called Holocaust is the gift the keeps on giving, as a U.S. Court in District of Columbia has reinstated a lawsuit, which had been thrown out by a lower court, by a group of so-called Holocaust survivors demanding billions in reparations from Hungary and its railway system:

The second-highest court in the United States has reinstated a lawsuit brought by a group of Holocaust survivors and their families against the government of Hungary and its national railroad. The class action suit demands restitution for the role Hungary played in the murder of 500,000 Jews and the seizure of their property during World War II.

Setting the stage for what could be a landmark civil suit running into the tens of billions of dollars, Judge Patricia A. Millett wrote for the US Court of Appeals for the District of Columbia Circuit on December 28 that Hungary could not force the plaintiffs to have the case tried in a Hungarian court.

The decision overturned that of a federal judge who ruled that the 1947 Paris Peace Treaty between Hungary and the Allied powers granted Hungary immunity.

A 2016 decision from the Court of Appeals in the ongoing case similarly overruled an additional federal court decision, which also would have prevented the case from being brought in the US.

The Court of Appeals said that victims of the Holocaust can claim compensation in a US court for any Jewish property seized by Hungary from the moment the Jews were expelled from their homes, calling the theft “genocidal taking” in contravention of international law.

“This is probably the most important and the only litigation in which the Hungarian government and its national railroad will be held responsible for their role in the destruction of Hungarian Jewry between 1941 and 1945,” Marc Zell, the legal counsel for the plaintiffs, told The Times of Israel.

“Up until now, Hungary, which was a sovereign state during the time of WWII, has never been brought to justice for what it did, and attempted to exonerate itself from any liability in its peace treaty that it signed in 1947 with the Allied powers,” Zell said.

The jewish writer of this article, Yaakov Schwartz, goes out of his way to make it appear that Hungary is defending itself using legal “tricks” and “technicalities,” a tactic that jewish lawyers are famous for, but when those tactics are used against Jews, they are fraudulent and have no basis, of course.

The Jews recently succeeded in suing the railway system in the Netherlands for transporting Jews in WWII to work camps in Germany and Poland, and now they are literally dredging the rivers in Hungary looking for jewish bones to “prove” Hungarian genocidal intent.

After all, it wasn’t just the “Nazis” who killed Jews in the so-called Holocaust — the new jewish narrative is that every European nation participated, and the Jews will prove it, and they will be paid handsomely when the judges rule in their favor if they know what’s good for their careers.

And there can be no doubt that goy judge Patricia Millett will be rewarded for this recent favorable ruling, perhaps with a Supreme Court nomination in her bright future.